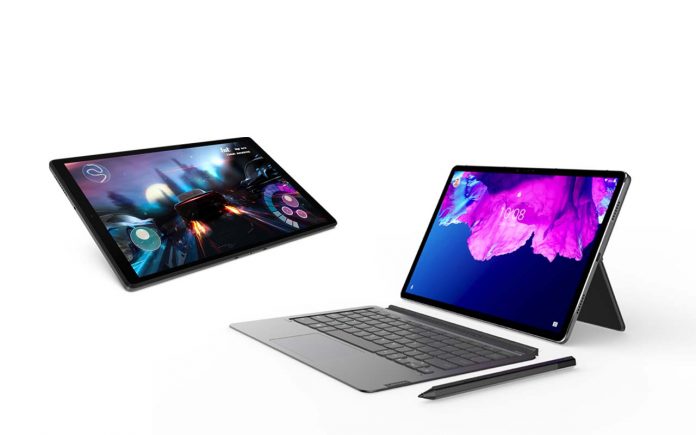 Lenovo launched its premium-end P11 Pro tablet on Friday in India. The P11 Pro is not a flagship tablet, but because of the features that look enticing, at least on paper, Lenovo thinks it will go against some of the mighty bigwigs in the Android ecosystem. The Lenovo P11 Pro features a large monitor, quad speakers, and a detachable keyboard that increases laptop usability. According to Lenovo, in the post-corona world were learning from home has become popular, the rising market for tablets has motivated it to extend its tablet business in India. Lenovo is the biggest Android tablet retailer in India at the moment.

Lenovo aims to target clients with the P11 Pro who are searching for top-class hardware with a specific budget. And for whatever reason, these clients don’t go to Apple, even though the iPad has proved to be the best tablet computer on the market, due to the smooth tech support from Apple that Android tablets lack. Android’s tablet equivalent has been fraught with challenges, so much so that Google destroyed its own tablet Pixel line. It’s only partner companies (OEMs) that manage the Android tablet market. Few low-end tablets have proved to be helpful at the convergence of several markets, but there has not been much consumer appeal.

Without any custom skin on top, the Lenovo P11 Pro runs Android 10, making the experience very easy. The tablet is also certified for Android 11, although the specifics of the launch are not known. The P11 Pro is powered by the Qualcomm Snapdragon 730G octa-core, which is a decent multitasking and even gaming chipset but does not give the Samsung Galaxy Tab S7 flagship experience. The processor is combined with an Adreno 618 graphics GPU. There is 6GB of RAM and 128GB of internal storage, with up to 128GB of space for a MicroSD slot.

The Lenovo P11 Pro has an 11.5-inch OLED screen with 10-point multitouch, Dolby Vision, HDR, and 500-nit brightness. This suggests that the display can support Dolby Vision shows from Netflix and can turn very bright in direct sunlight. The display size is 2560×1600 pixels.

The Lenovo P11 Pro has dual cameras on the front and back and is a pure metal body. There is a mix of two 8MP cameras on the front, one with an RGB sensor, while the other is a facial scanning IR sensor. A 13MP wide and 5MP ultrawide sensor is used in the rear cameras. Including Wi-Fi, Bluetooth, and other networking options, the tablet supports LTE with a single nano-sized SIM card.

Also supporting Dolby Atmos are the four JBL speakers on the tablet. Finally, via a USB-C port, the Lenovo P11 Pro comes with a Fast Charge 3.0 8600mAh battery. This battery is said to have 15 hours of video playing time, although it can also be used to charge other devices in reverse.