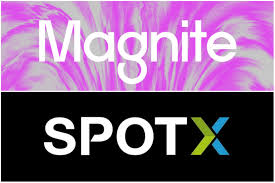 Magnite, the largest independent sell-side ad platform agreed to purchase rival SpotX from RTL Group for $1.17 billion in cash and stock. The sell-side platform Magnite was formed last year after the merger of Rubicon and Telaria. Through the acquisition, Magnite aims at developing the biggest independent connected TV and video advertising platform in the programmatic marketplace in coordination with SpotX. Magnite and SpotX generated combined net revenue of $350 billion last year. CTV and video advertising had contributed 67% of this total in the fourth quarter. Magnite is expecting a target cost savings of more than $35 million after the merging. It expects $42 million in sales in the CTV business which is almost triple of last year sales. Magnite and SpotX vend programmatic CTV as well as over-the-top (OTT) inventory for media owners including A+E Networks, Disney/Hulu, Discovery, Microsoft, Roku, Samsung, ViacomCBS, and WarnerMedia, etc. As the market for CTV and streaming video is rapidly expanding as ever Magnite’s acquisition of SpotX will aid the SSPs to pool their resources. The advertising-video-on demand (AVOD) services during the Covid-19 pandemic period experience enormous growth in terms of winning the audiences especially those who are looking for fresh programming, with many of the consumers are spending more time at home. AVOD services like Hulu, Pluto TV, Roku Channel, and Xumo provides low cost or free online streaming services like Netflix and Disney+ that doesn’t have advertisement. These services receive a huge boost as many households in the U.S cancel satellite TV and cable service and switch to TV’s that connect directly to the internet. Advertisers are also expected to shift their spendings towards platforms like Magnite and SpotX with the changing viewing habits. A survey by the Interactive Advertising Bureau (IAB) has reported that about 60 percent of U.S advertisers are planning to switch ad dollars from linear TV to CTV or over-the-top (OTT) streaming this year. Researcher eMarketer estimated that the spend on U.S programmatic CTV video ads to increase by 54% to $6.73 billion this year and by 29% to $8.67 billion in 2022. The planned partnership between Magnite and SpotX arises as the companies hunt for higher scales to compete with other SSPs like Pubmatic, Google, Comcast’s Freewheel, OpenX, Index Exchange, etc in the programmatic marketplace.

Author - January 12, 2022
0
In a recent report, it is suggested that Gen Z consumers are more likely to order or purchase products directly from the...