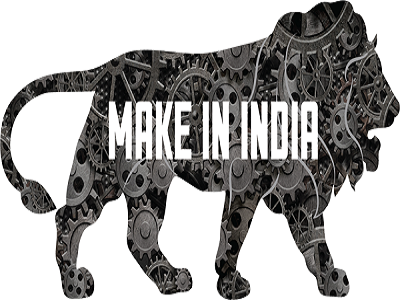 For quite sometime, the government is roping in manufacturers for the Make in India campaign. Prime Minister Narendra Modi launched the ambitious programme in September to pull overseas investments and make the country a global manufacturing hub. Now, the government is expanding the scope of this programme by including five more sectors including gems and jewelry in order to enhance the growth.

As of now, the Indian government has identified 25 sectors such as automobiles, pharmaceuticals, aviation, textiles, chemicals and mining that are believed to have the potential to make the country a leader in the respective sectors.

An official claimed that the government is aiming to boost the growth of manufacturing sector by adding five more sectors including gems and jewelry and small and medium enterprises. The growth of this segment will eventually increase the country’s GDP share.

As of now, the manufacturing sector contributes to around 16 to 17 percent and it is aimed by the government to increase it to 25 percent by the year 2020. Furthermore, the Department of Industrial Policy and Promotion (DIPP) announced those steps that will improve the ease of manufacturing in the country. DIPP has also set an 8 member panel for the quick addressing of queries of domestic and global investors.

The industrial production contracted by around 4.2 percent in October and this is the steepest decline in the last couple of years. The main reasons for this are poor show by the manufacturing sector and a drop in the output of consumer goods.

Also, the manufacturing output comprising of 75 percent of the index dropped by 7.6 percent in October as compared with the 1.3 percent drop in the same time frame last year. In April to October, this segment witnessed an output growth of 0.7 percent that is an improvement as compared to the contraction of 0.1 percent in the same period in 2013. On the whole, 16 of the existing 22 industry groups involved in manufacturing faced negative growth in October.

Devanshi Shah - May 4, 2021
0
Volkswagen, shortened to VW is a German motor vehicle manufacturer founded in 1937 by the German Labour Front, known for the iconic...