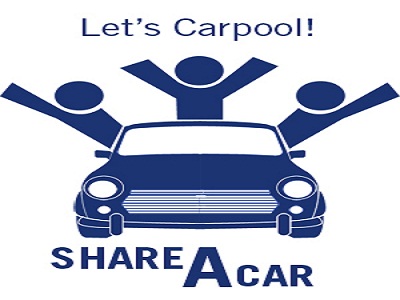 As the Yuletide season is fast approaching, many would to go for trips during this season. Now, there is an increasing trend of car pooling among holiday hunters and there are come companies that are providing such options for inter-city commuting. This helps like minded travelers to connect with each other and travel together.

Companies such as Tripda and TaxiForSure are providing car pooling services to travelers on their short road trips. These car service providers offer car pooling for inter-city trips such as Bangalore – Mysore – Ooty, Mumbai –Pune – Lonavala – Khandala and Delhi – Agra or Delhi – Chandigarh – Shimla as these circuits are witnessing maximum number of rides.

The firms claim that this is a viable option in terms of different aspects such as safety, cost-effectiveness, companionship. The companies will have to verify IDs and phone numbers of all those travelers who register with them for car pooling.
Regarding this, Aprameya Radhakrishna, Co-Founder, TaxiForSure stated that the holiday seasons April – May and November – December usually witness 50 to 60 percent increase in the traffic resulting in higher demand. The three year old firm is backed by private equity players such as Helion, Accel and Bessemer and has managed to handle 3.5 million rides till date.

He added that their prime focus is intra-city rides and that they have seen a major leap in the outstation traffic at the peak holiday season. Owing to this, many customers opt to inter-city rides at the peak season.

Also, Nitish Bhushan, Country Manager, Tripda claimed that as more consumers are preferring to experience holidays, car pool option is becoming an attractive one as it lets people share their costs and also get to meet like-minded travelers.

Tripda backed by Rocket Internet launched a web and mobile app based car pooling platform in India earlier this year. The executive further added that they provide free-to-use car pooling app that will connect people driving to a particular destination with others who want to share the ride. As this December is the first holiday season for the firm, they have come up with numerous campaigns to tap into the vacation traffic.

The concept of car pooling for holidays is gradually increasing among vacationers across the other parts of the world as well. Bhushan added that in Brazil, there are over 50,000 registered users and a huge number of weekend trips. This trend is believed to lurk into India as well.

Junk Food and Drink Brands Use Facebook to Lure Youngsters