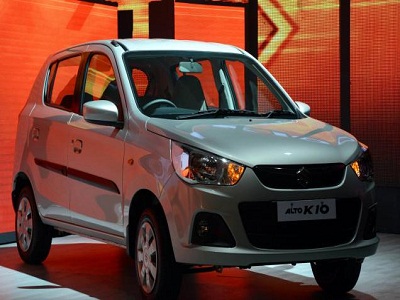 Today, Maruti Suzuki India, the country’s largest car manufacturer announced that its compact car model Alto has created a record in the sales in the country. Well, Alto has marked a sales record by crossing 30 lakh unit sales in the Indian automobile market. In fact, this is the only brand that has achieved this feat in the country.

Maruti Suzuki’s Alto is the top selling brand in the country for more than a decade consecutively. The brand took a time of 15 years and six months in order to break the 30 lakh units sales mark.

Regarding the same, Maruti Suzuki India stated in an official statement that the Alto has been preferred by the customers since its launch. This was possible with the brand’s affordable pricing, performance, high fuel efficiency, and good design. The customers who are at the entry level have valued the brand as a great combination of both affordability and style.

R S Kalsi, the Executive Director of Marketing and Sales at Maruti Suzuki India stated that Alto has evolved constantly in order to reflect the changing trends and requirements in the country.

Maruti Suzuki has kept the Alto brand rejuvenated by implementing latest features, technology, and design. Alto is offered with latest features such as airbag as well as Auto Gear Shift that are at par with the higher segment cars. The efforts and initiatives taken by the company have helped improve brand’s connect with the customers and also maintain its popularity in the country.

Initially, the model of Alto was launched in September 2000. The vehicle took almost three years to surpass one lakh units cumulative sales mark. In the month of November 2008, the Alto model breached a sales mark of ten lakh units. This was followed by 20 lakh units sales milestone in the month of April 2012.