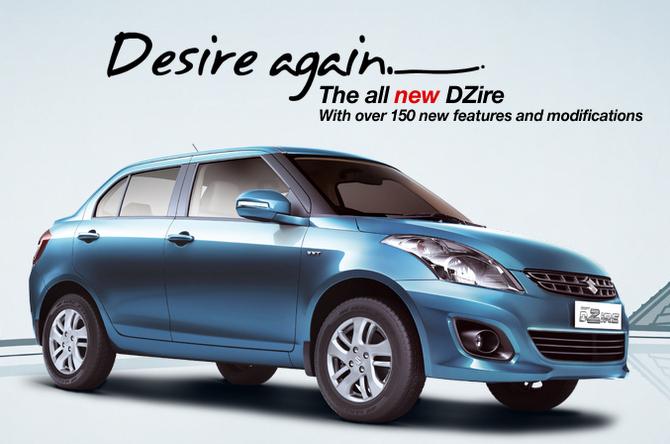 June 11, 2014: In a significant move which indicates the growing preference of Indian consumers for more expensive cars, ET has reported that Maruti Dzire has become the largest selling car in India. The number one slot was earlier occupied by Alto and now it has moved to the third spot. Swift, the hatchback from Maruti Suzuki occupies the second position. This is the first time in two decades that Alto has moved away from the first spot. According to statistics, DZire sold 18,953 units followed by Swift hatchback which sold 17,936 units and Alto came third with 17,311 units.

Interestingly the mid car segment has been seeing a lot of new launches and the automobile companies in particular have been focusing in this segment. A trend of Indian customers upgrading to bigger cars is being seen and the car manufacturers are trying to cash in on the demand with a range of new launches. There is an increased demand for cars in the range of Rs.5 to 7 lakhs and that is where the maximum launches are happening. A big demand is being seen in the compact sedan segment and we have seen models like Honda Amaze and Hyunda Xcent getting launched. The last couple of months have also seen the launch of compact SUVs like Ford Ecosport and Etios Cross which is trying to replicate the success of Renault Duster and Nissan Terrano.

This trend of customers going for bigger cars is being attributed to increase in the purchase power and preference for more utility value. The customers prefer fully loaded premium small cars like Micra and Pulse instead of the vanilla type cars like Alto. Though Alto has been pushed to the third position it is too early to write off a brand which had a towering presence since last two decades.