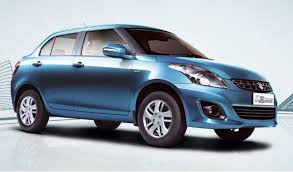 One automobile company which is going to get affected the most because of launch of Honda Amaze is definitely going to be Maruti. Maruti to prevent this onslaught to an extent has launched its limited edition DZire Regal. Maruti has got Dzire in the sub 4 meter category to take on Amaze. Though it continues to dominate this category, Amaze has been able to garner more positive reviews because of its styling and phenomenon mileage. Honda Amaze has got a mileage of 25.5 lts/Km.

Maruti which has announced the limited edition of DZire Regal has launched the same in a new serene blue colour option. It has got body coloured electronically adjusted ORVMs and has got a host of new features inside and outside. DZire has got leather upholstery and a new parking sensor. The new model is priced Rs.7000/- more than the old DZire and is priced at Rs.5.60 lakhs. The new model would start getting available in a few days.

Author - November 30, 2021
0
As we move towards a digital and paperless economy, many of us are doing multiple online transactions each day. But with the...