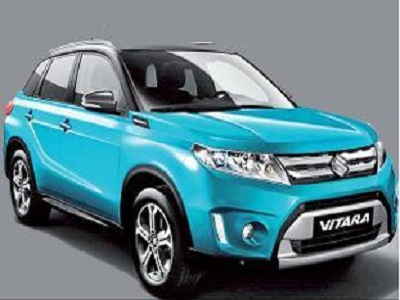 One of the major milestones for Maruti Suzuki is Vitara Brezza, the locally developed vehicle that will be going on sale abroad. This shows the technological abilities of the country’s leading car manufacturer.

CV Raman, the Executive Director for Engineering stated that the vehicle is engineered for the international markets, and it will also be exported to the South Asian markets. Raman leads an R&D team started working on the vehicle in 2012 and he stated that the Vitara Brezza has been a great challenge to the team. The project took 3.5 years to complete. So far, the development of products was carried out by Suzuki Motor Corp, but now Maruti Suzuki’s R&D has become capable enough of handling the development. This is time first time that Suzuki did not take part in the development and all the decisions were taken by the in-house team at Maruti.

Suzuki is in plans to bring 20 new models in the global markets by 2020. Of these, 15 models are to be launched in India. This excludes the refreshed and upgraded variants of the models that already exist. Both Maruti and Suzuki Motor Corp complement each other’s R&D capabilities. As per the plans, Maruti use the Suzuki platforms and engines for design and develop that are specific to the country and related markets.

In the country, Maruti has an objective to sell two million vehicles by 2020. The R&D center of Rohtak located in Haryana will play a very crucial role in the development, validation and testing of the products.

Maruti started the development of in-house engineering capability with the upgradation of models such as WagonR, Alto, Omni, and Zen with the support of the parent company in 2000. In the year 2008, Maruti started working on a complete model change for the best selling model Alto, which was launched in 2012.