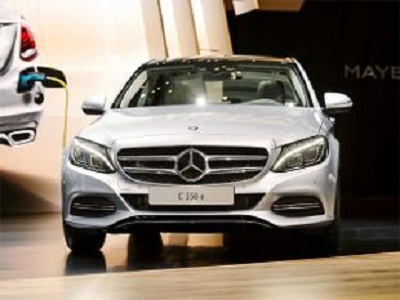 Mercedes-Benz is in plans to push the sales of compact cars further in order to tap into the fastest growing regions of the Indian premium car market. This has been estimated by analysts and they say that this will help the German based automaker to outshine its stiff rival Audi and become the leading luxury car seller inIndia.

On Wednesday, Mercedes announced the launch of a refreshed version of its low-end compact car – B Class. It is said that the firm is in plans to trigger the sales of such entry level models by 50 percent this year. Notably, the compact cars have made one fifth of the total sales of Mercedes Benz in the last year.

InIndia, the compact cars are expected to increase to about 50 percent within 2022, while it is 25 percent right now, claims EMMAAA (Emerging Markets Automotive Advisors) based inDelhi. Mercedes is all set to close the gap it is facing with Audi and in the year, it sold 10,201 cars in the country that is 650 lesser than the sales figure of Audi.

Regarding this, Deepesh Rathore, EMMAAA Director claimed that the launch of new products has helped Mercedes grow and this is to rope in more customers in the future. IT is believed that this year Mercedes will be able to outshine Audi.

Well, Mercedes is in plans to launch 15 new models into the market this year. Notably, the vendor has not introduced so many models ever in the country in a year. Also, the auto maker is planning to open 15 dealerships. It has made an investment of 10 billion rupees to double the local production capacity to 20,000 units a year.

Of the 15 new models that will be launched, CLA that was unveiled in January is the cheapest compact sedan and it will compete with Audi A3. Eberhard Kern, Managing Director ofMercedes-BenzIndiaclaimed that the firm is on full speed. He added that estimating the sales figures in January and February this year, they are already 25 percent higher than that of the same period in 2014.