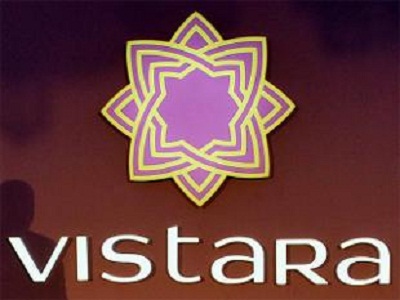 Vistara, the  joint venture carrier of Singapore Airlines Ltd. and Tata Sons Ltd has stepped up the marketing campaigns and is providing loyalty programs to intensify the battle with Jet Airways to entice and retain passengers.

The latest airline inIndiacommenced its services on January 9. It is looking at fly-and-stay partnership with Taj Hotel Resorts and Palaces operated by Tata and includes tie-ups with international carriers as well.

Regarding this, Giam Ming Toh, Chief Commercial Officer claimed that they have come up with a new marketing campaign since the last three weeks. It is mostly in radio, print, online and outdoor space. He stated that there are no plans for a television campaign for now.

Kapil Arora, President of Ogilvy & Mather,Delhiwith the Vistara account claimed that they have tried to focus on the business travelers and high-end leisure travelers. As of now, the campaigns are in the price domain and they are limited to the specific routes.

The loyalty program introduced by the airline is called Club Vistara and it rewards customers on the basis of the charge they pay for the tickets and not the distance that they travel. Toh added that a business class customer can earn four times the rewards points earned by an economy class traveler via the Club Vistara program, whereas the traditional programs will provide only 1.25 times more points than economy class passengers. Moreover, Vistara is provided 1,000 points on every flight on its newly announced Delhi-Hyderabad route and double the points for booking premium economy class tickets.

Manoj Chacko, Head of Business Travel at Kuoni claimed that Vistara’s loyalty program is smarter and more effective than the ones that are provided by the other airlines. It is has to come up with an efficient system to facilitate the redemption of these points as that is a pain point for many airlines. He further added that Jet is diluting its products by increasing the number of points. Jet is claimed to be recognizing the value of Vistara’s loyalty program, claimed Toh.

Jasmin Bindu - March 2, 2021
0
The Reserve Bank of India let its need to increase sterilization capacity known to the government and endorsed the tolerance band of...