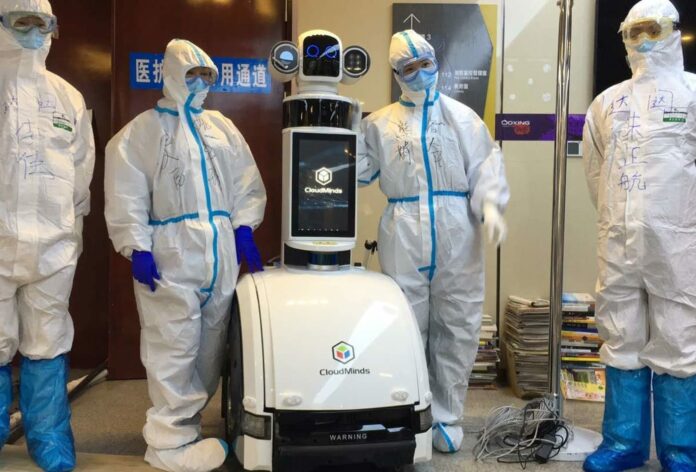 Advanced humanoid robots are constructed with cutting-edge technologies that allow them to do tasks, act, and think like people. It’s practically impossible to read the news these days without hearing about new advanced robotic technologies.

Humans hold such human-like robots in such high respect that they are granted citizenship, such as Sophia, the humanoid robot who was granted citizenship by Saudi Arabia. The number of advanced robots on the market is increasing. Scientists and researchers now have their hands full developing mind-controlled robots!

The goal of developing mind-controlled robots was to allow tetraplegic patients to perform more tasks independently. Such patients become imprisoned in their own bodies, unable to talk or make even the tiniest movement. As a result, academics have been working on systems and robots to empower tetraplegic patients and assist them in carrying out activities on their own for years.

A group of researchers collaborated to create a machine learning programme that can be linked to a brain and used to govern and command these robots.

How do they function?

The researchers began developing their technology by building a robotic arm that had been built years before. To move things in front of it and around its route, the arm can flex back and forth and left to right.

The developers began by enhancing the robot’s obstacle-avoidance mechanisms so that it could more precisely obey directions. This includes creating an algorithm that allows the robot’s movements to be adjusted in response to the patient’s ideas and needs.

Researchers collaborated to create a machine-learning algorithm that can be linked to a person’s brain and used to control a robot. Based on electrical inputs from the brain, the algorithm changes the robot’s movements. The expectation is that tetraplegic patients will be able to do more day-to-day activities on their own as a result of this development.

All the patient has to do to get the robot to work is look at it. If the robot makes a mistake, the patient’s thoughts will send an error message, directing the robot in the correct direction or performing a task correctly.

The researchers hope to construct a robotic, mind-controlled wheelchair using the same algorithm, which can read a variety of signals and coordinate data received from the brain for movement, in the near future.

Passionate in Marketing - May 24, 2022
0
~ Mr. Ketan is a qualified company secretary and lawyer with over two decades of experience in M&A, capital investments, cross border...