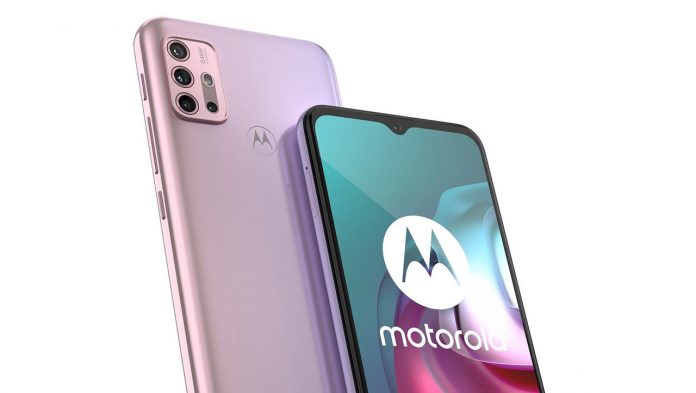 The Moto G30 and G10 feature a plastic body with an IP52 rating and a water-resistant design. There is the Motorola logo on the rear, which acts as a fingerprint scanner as well. The G30 has a plain frame, while the rear of the G10 has a ripple pattern. Motorola did not disclose any details about the devices being a price in India.

The Moto G30 features a 720×1,600 pixel, 6.5-inch HD+ display with a high refresh rate of 90Hz. For the selfie camera, there is a waterdrop notch in the front. The Snapdragon 662 SoC is powered by a smartphone combined with 6 GB of RAM and 128 GB of internal storage. Using a microSD card, the storage can be expanded.

The Moto G30 has a rear quad camera system in the camera department that consists of a 64-megapixel camera sensor, an 8-megapixel ultra-wide sensor, and two 2-megapixel macro photos. There is a 13-megapixel selfie-sensor on the front. With support for 20W charging, the smartphone houses a 5,000mAh battery.