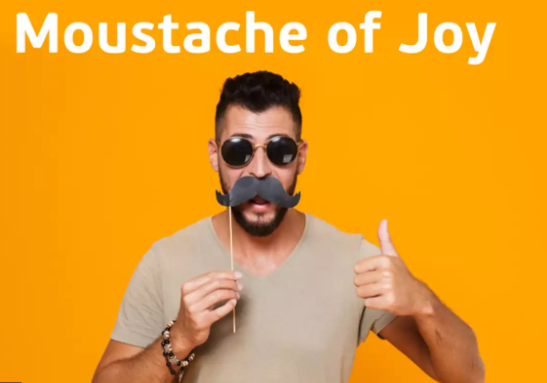 Ride-hailing service company inDriver has come up with a campaign in India during the lockdown. InDriver is among the top 3 ridesharing and taxi apps in worldwide downloads.

InDriver India has started an interesting social media campaign to stay connected with their customers called Moustache of Joy. This campaign aimed to support men who have grown their moustache during quarantine or just painting it from paper as ‘Moustache of Joy’.

Under ‘Moustache of Joy’ campaign, inDriver has asked the people to post funny, creative pictures as a post on social media account of Facebook and Instagram using a hashtag #JoyofFreedom. This campaign has conducted a contest for its customers where the winner of the most stylish and creative post will get vouchers. The idea of coming up with such a campaign is making people creative during this lockdown. It has been seen that men are enjoying this campaign a lot.

One of the participants Gaurav said that InDriver India gave him the right opportunity to catch much of the Joy and the interesting part wasn’t just to experience the joy of flaunting the moustache along with that is rewarded for the same. He also mentioned that through this campaign he got the opportunity to flaunt his ‘Handlebar Moustache’ which he loves doing.

Another contestant Misty Basu, who won this competition said that moustaches are always linked with masculinity, grimness, and seriousness, but this campaign has inspired men to bring out the fun side of it. He loved to crack the myth.

inDriver is one of the fastest emerging international passenger service operating on the Real-Time Deals model. inDriver app All terms of the trip shall be decided by agreement between passengers and drivers.

InDriver was nominated in the ‘Most Innovative Mobile App’ category for the GSMA Global Mobile Awards (GLOMO) 2019. The service has also been named Best Everyday Essential 2019 app by Google Play in Brazil.

Gayathri G - June 11, 2021
0
FREO, a credit-driven Neo bank in India and Southeast Asia that caters to the banking requirements of millennials, has teamed with banks to offer...