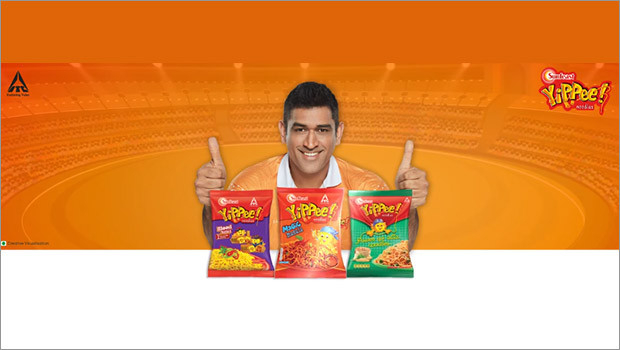 Sunfest Yipee one of the most loved instant noodle brands in India celebrated its brand ambassador Mahendra Singh Dhoni’s birthday by releasing a digital collage of him. They celebrated his 39th birthday by leveraging social media platforms.

The preparation for making this digital collage was a week-long activity on Sunfest Yipee’s social media platforms. In this lockdown when everyone is stuck inside the house following the social distancing norms, the brand wanted MSD’s fans to take part in his birthday through the online platforms. In this week-long activity, Sunfest YiPee encouraged Dhoni’s fans to share pictures with YiPee on their own social media pages like Instagram, Facebook, etc. These pictures were to be shared with a special message for the captain cool “#MSDBirthdayWithYiPee”.

The digital mosaic released was a Dhoni smiling and the image also radiates the relationship between the cricketer and his wonderful fans. From the time Dhoni joined the cricket team, his fan following has been increasing widely and it was a great idea by the company to include his fans with them to create the mosaic. Through this, they also communicate the message that just like Sunfest YiPee MSD is also loved by people of all ages from children to adults.

Speaking about this campaign the ITC Foods spokesperson mentioned that they were able to receive a huge amount of response to this initiative within hours of the release of the initiative. This result is a clear indication of the massive fan following that MSD has in the country. It was with the support of these fans that the brand was able to give this wonderful gift to its brand ambassador. He concluded the speech by wishing MSD on behalf of the entire team.

Being the ambassador of Sunfest Yipee MSD has done various memorable ads for the brand. The most recent one being the “clean bowl” ad for the company. This effort by the company to choose the digital shows us an example of how we can celebrate the birthday of people special to us even when we are quarantined.

Keerthi B - January 16, 2021
0
Sigma is well known for the manufacture of lenses for various camera systems. The Japanese company has recently introduced Sigma 85mm F1.4...