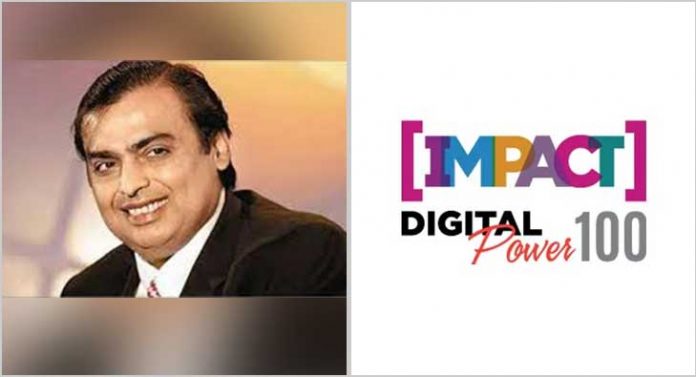 Impact Digital Power 100 – is the most conclusive rundown including the greatest names in the Digital World. The list will include the most impressive characters who have helped make the computerized ecosystem in India what it is today- – from promoters to financial specialists in the advanced area to organizations, advertisement tech organizations, and stages – the masterminds and the empowering agents. In a thorough exercise of translating the Indian advanced industry, IMPACT will recognize the accomplishments of the most powerful 100 computerized characters of India who have changed the manner in which the web and the versatile industries are seen today.

Sanjeev Bikhchandani, Co-Founder of Infoedge stood in 9th place, and finally, Deep Karla, Make My Trip executive chairman bagged 10th position.
Impact Digital Power 100 2020, which is in its third version, is promoted as the most authoritative rundown highlighting the most impressive characters who have helped assemble the computerized ecosystem in India.

They announced that the remaining three lists- business, marketing, and digital 100 lists are likely to be released on 13th, 14th, 15th January.