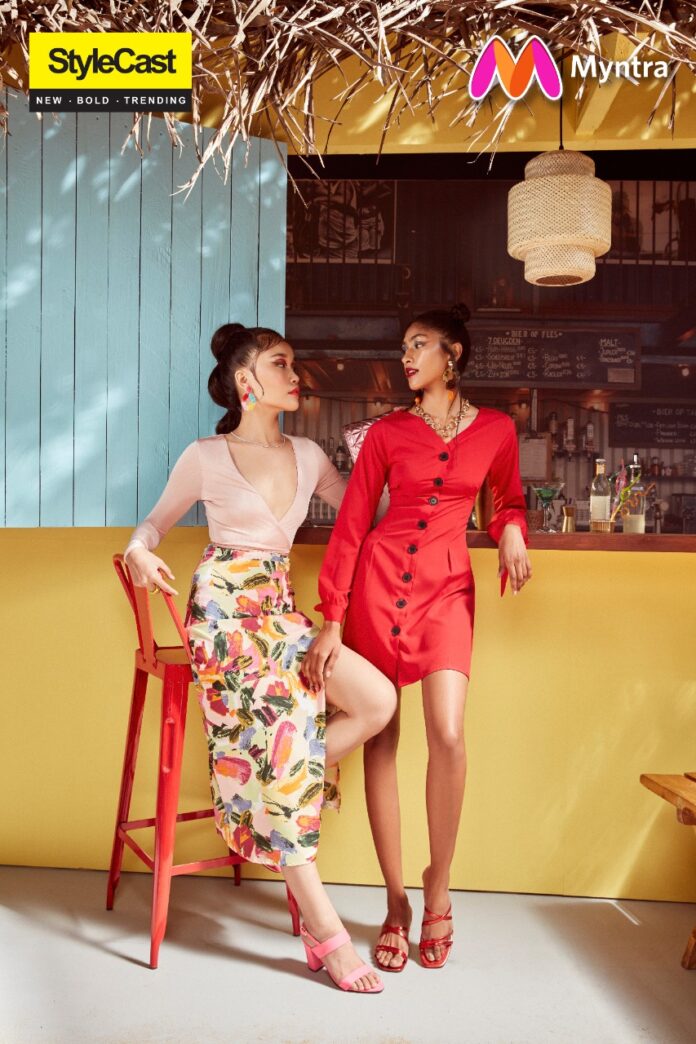 National, June 17, 2022: Myntra announces the launch of its College Campus Ambassador program to engage deeply with its thriving cohort of Gen-Z consumers in the country. This is one of the two-part Creators Campaign being driven by Myntra StyleCast, which collectively comprises over 1000 influencers, that aims to bring together uber-trendy Gen-Z who are passionate about fashion and can create awareness around fresh and affordable fashion on StyleCast within their clout, including circles on campuses. With this program, Myntra aims to further strengthen its position as India’s foremost destination and expert on all things fashion, among young shoppers, while enabling opportunities for the young fashion enthusiasts in the content creator space. The latter includes the chance to learn the ropes of content creation through mentoring and guidance from popular macro Myntra Style Squad influencers as well as getting a chance to be featured on Myntra’s live commerce propositions, Myntra-Studio and M-Live, and social media channels to give their content creation pursuit the right launch pad.

Introduced in December 2021, Myntra StyleCast was launched as a separate section on the app, with ~7000 styles. StyleCast has scaled its offerings by 5X since launch to over 35,000 styles, offering the cohort a one-of-a-kind shopping experience, during the ongoing 16th edition of EORS, from leading international and domestic brands for the Gen-Z milieu, including the likes of Urbanic, H&M, Forever 21, Missguided, Zalora, bebe and Trendyol among a host of other notable brands. The influencers that partner with the platform for the campaign are given access to a range of Instagram-worthy merchandise with an opportunity to get featured across Myntra’s highly popular social pages and application, also helping them build their fandom.

Myntra StyleCast Campus Squad includes an array of students aged 17-21 years, from some of the best universities in the country including Indian Institute of Art & Design, Pearl Academy, NIFT, Lady Shri Ram College, Delhi University, Mount Carmel College – Bengaluru, Indian Institute of Fashion Technology and Symbiosis Institute of Design – Pune to name a few. These campus ambassadors are the faces of Myntra on their respective campuses. They are among the coolest and the most fashionable kids on campus that everyone looks up to for their fresh and edgy fashion sensibilities, and these campus influencers will create strong FOMO (Fear of Missing Out) around the Myntra StyleCast range among their college circles. Myntra has bolstered this ever-growing army even further, to create content around themes such as body positivity and inclusion on their social channels to build awareness and consideration for Myntra StyleCast and also post content on their Myntra Studio profiles to drive end conversions for the StyleCast charter on the App.

The Gen-Z audience relies heavily on social media influencers for shopping inspiration,  trends that are affordable and are also shaping the fashion trends with their preference for all things cool and distinct, emerging as an important and expressive consumer group to influence purpose-driven brands. This will not only help Myntra & StyleCast build social share of voice, but will also drive end conversions on Myntra, creating contextual and engaging content in higher volumes.

Myntra chooses campus influencers on the basis of their relevance with the Gen-Z audience, relevance in the content creation industry, their knack for edgy and trendy fashion, and their diversity and reach. Through the Campus Ambassador program, Myntra intends to achieve over 250 million impressions on social media over the course of this year.

According to Influencer Marketing Hub, the creator economy is worth $104.2 billion, with $800 million being invested into creator economy start-ups since 2020. *(Creator Earnings: Benchmark Report 2021 (influencermarketinghub.com)) Myntra with its pioneering efforts in the influencer space is poised to tap into this rich pool and grow engagement for the platform, as well as social media equity for influencers involved. As Myntra strives to scale  stickiness with fashion-forward customers across tiers, age groups and genders, the creator-backed commerce plays a crucial role in regulating decision making and awareness amongst the consumer groups in question.

Commenting on the StyleCast Influencer and Campus Ambassador Program launch, Padmakumar Pal, Vice President & Business Head – Apparel, Myntra said, “Creator-backed commerce is at our core and we want to harness the power of the younger, budding influencer pool by presenting them an opportunity to build highly engaging communities on Myntra Studio and M-Live, while showcasing  a wide range of trending styles to our audiences on StyleCast and enabling shopping based on community recommendations – just how the Gen-Z prefers. Our Campus Engagement initiative is an important aspect in this direction and we look forward to forging lasting relationships with our next generation of shoppers through our on-ground ambassadors who will be key to unlocking our next phase of our growth.“