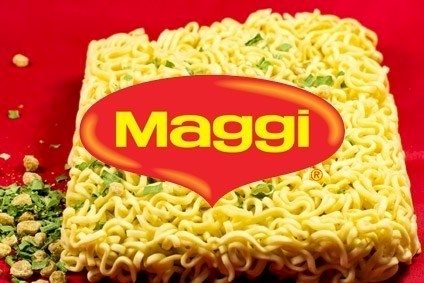 World’s largest food company, Nestle is all set to relaunch Maggi after four months of credibility crisis. Huge investment is made on television commercials to set the ground for instant noodle brand among its followers. Data estimates from media agencies shows Nestle India making 96% hike in advertisement expenditure during the period from August to September.

The review test mandated by the Bombay High Court has cleared Maggi and the nationwide ban on Maggi has also been removed from several states. Currently Nestle is on the run to regain its momentum and to acquire its place on retail shelves. New set of TV commercials created by Mc Cann World are expected to be launched soon as per confirmations from the Media Sources.

Since the controversy emerged on presence of lead content in Maggi there has been decrease in advertising volume eventually leading to Maggi being banned in early June by Food Safety and Standard Authority of India .

On Monday, Nestle kicked off the marketing campaign with Advertisement of Maggi being shown in print advertisement stating Maggi to be safe. The Ad stated Maggi’s safety being rigorously tested in places like USA, UK, Canada, India, Australia, Singapore and NewZealand with over 3500 samples.

Head of communications for South East Asia quotes that Nestlé as of now has come with consumer engagement services that will be available to the customers on 24*7 basis through communication channels mainly involving social and digital media.

Last month saw Nestle with a corporate campaign that marked 100 years of its presence in India. In the campaign there was no mention on Maggi noodles among different brands with Nestle that were highlighted like Kit Kat and Nescafe. Nestle has ample number of contracts with broadcasters along with the preparation on comeback of Maggi to the market marks Harish Bijoor ,The Brand Consultant with Nestle. Each advertisement of Nestle products has an impact on Maggi that underlines the message denoting the food to be safe.

According to the survey led by Marketing Company Air loyal, approximately 65% of respondents reacted to Maggi controversy in social and digital media. And 60% of them wanted Maggi again on retail shelves quotes Raja Hussain, The founder and CEO of Air loyal.

Celebrities with huge Twitter following getting paid for tweets now

The 10 principles of ‘Fair Trade Businesses’

Online Video Marketing to be one of the Top Marketing Trends...

Small creators to feel the pinch as YouTube puts threshold of...

LinkedIn to allow those above 13 years of age to open...