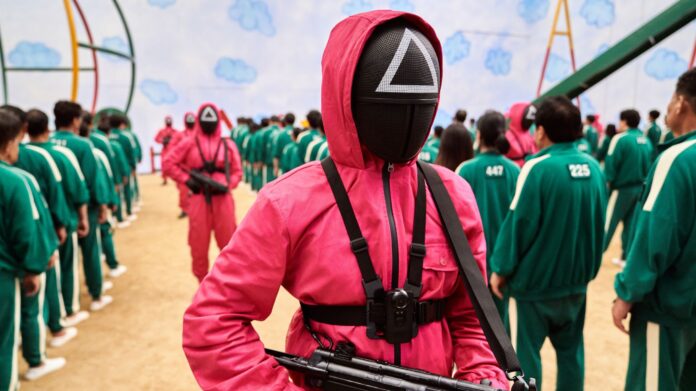 Squid Game, a South Korean survivor drama series, will return for a second season on Netflix. In a letter shared by Netflix, the director of Squid Game hinted a few hints regarding the show’s second season.

In a letter to fans, director, writer, and filmmaker Hwang Dong-hyuk said, “And now, Gi-hun returns.” He predicted that the man in black with ddakji will return. “

“You’ll meet Young-boyfriend hee’s as well,” he continued. One of the games features Young-hee, a motion-sensing robotic doll.

Netflix did not specify a release date for the new season.

However, the show only needed 12 days to become the most successful show ever “..

Hwang stated last year that he would return for Season 2 of the program.

“For a season two, there has been so much demand, affection, and attention,” he remarked. “As a result, I feel compelled to make a second season.”

Season 1 of Squid Game was whole of on September 17, 2021, and it quickly earned Netflix’s most-watched series, with 1.65 billion hours of streaming in the first 28 days alone in the United States.

“Squid Game” portrays contestants from the margins of society vying for money in traditional South Korean children’s games, with the losers being executed.

Meanwhile, Netflix’s stock has risen, with the internet streaming service resuming its global success after a surprise decline in members.

After reporting in April that it had lost 200,000 subscribers in the first quarters, the first time it had lost consumers since 2011, Netflix is betting that a second season will help halt this year’s 70% drop in stock. In the second quarter, the business expects to lose another 2 million users.

Squid Game season 1 debuted on Netflix on September 17, 2021, and quickly became the most-watched series in the company’s history. Netflix is hoping that a second season will help it avoid a 70 percent drop in stock this year after declaring in April that it had lost 200,000 subscribers in the first quarter.

Raunak Jha - July 1, 2022
0
Google is now allowing the usage of its Earth imagery data by bodies that are in need. The permitted bodies include private...