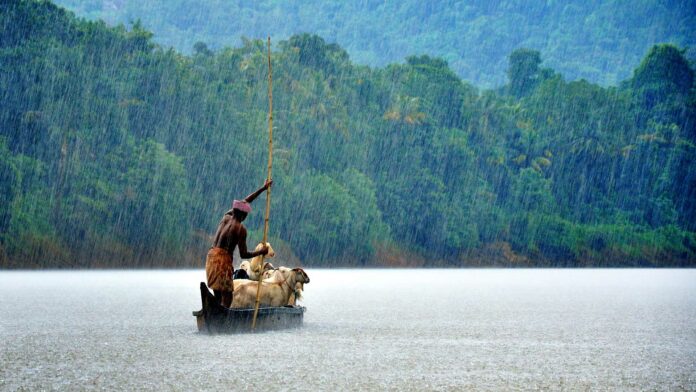 The southwest monsoon has expanded into greater sections of the Arabian Sea, Gujarat, the whole Konkan, most of Maharashtra, and Karnataka, according to the report. During the day, it also struck Telangana and Rayalaseema, Tamil Nadu, the majority of Sub-Himalayan West Bengal, and some areas of Bihar. It went on to say that conditions are favorable for the monsoon to progress farther towards the north Arabian Sea, Gujarat, Madhya Pradesh, Maharashtra, Karnataka, and Tamil Nadu over the next 48 hours. On Monday, however, IMD forecasted heat waves in isolated areas over South Haryana-Delhi, southeast Uttar Pradesh, southwest Bihar, Jharkhand, and north Odisha.
On Sunday, power demand was reduced due to rain in certain parts of the country. The greatest power demand satisfied on 12 June, Sunday was 192.922 GW, down from 206.798 GW on 11 June, Saturday, according to data from the Power System Operation Corporation Ltd (POSOCO). On Sunday, the highest shortage dropped to 744 MW from 1.002 GW.

The demand has decreased dramatically since the record maximum demand of 211.856 GW was recorded on June 10th. Although power demand is projected to moderate in the near term, it is expected to spike in the Delhi-NCR region by the end of June and the first week of July. Experts predict that demand will peak in late June and early July, as the humidity in the national capital normally rises following the rains. Despite the fact that rains reduce electricity consumption, the coal scarcity situation worsens during the monsoons because transportation of the mineral is hampered, and rains also decrease the fuel’s quality.

The coal stock at the 173 power plants monitored by the Central Electricity Authority as of June 12 was 24.48 million tonnes, or 37% of the needed 66.96 million tonnes. There are fewer than 25% of the needed stock in 79 domestic coal-fired power plants and 8 imported coal-fired power plants. Following instructions from the Centre, the state-run Coal India is conducting tenders for importing coal on behalf of power production corporations and independent power producers, which is likely to boost the coal inventory. Last week, Coal India issued tenders for the import of over 8 million tonnes of coal.