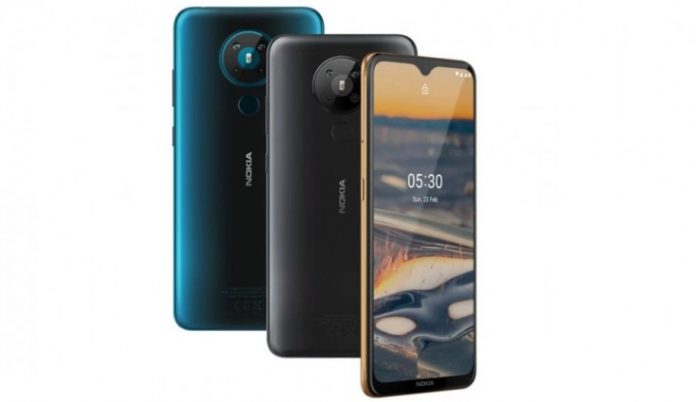 Nokia 5.4 has recently been rumored to be released in India on February 10. In addition to this phone, the Nokia 3.4 will also enter the market on the same day. For the latter, things seem straightforward because the Nokia 3.4 launch for India has already been teased by HMD Global, but there was no hint from an official source that the Nokia 5.4 was also coming. In India, Flipkart put up a dedicated microsite for Nokia 5.4, confirming that the latest HMD smartphone is around the corner.

Two teaser videos have been released on the website by Flipkart, demonstrating the Nokia 5.4’s camera capability, as well as the elegant glossy style. To remind you, HMD Global launched the Nokia 5.4 back in December in the European market, while its US launch was confirmed a few days ago via the Nokia online store page. It’s time for the Nokia 5.4 to arrive in India now and without any variations from the original edition in the looks or specs.

What to expect from Nokia 5.4

The Nokia 5.4 will arrive with a 48MP key camera inside the circular island at the rear, according to the videos on Flipkart. Three more cameras, a 5MP ultrawide one, a 2MP macro one, and a 2MP depth-sensing camera will complement this sensor. The physical fingerprint sensor is below the camera ring, which has been the mainstay of the Nokia smartphone line-up.

The Nokia 5.4, available in Polar Night and Dusk colorways, will have a shiny finish on the rear pattern. The rest of the Nokia 5.4 features are going to be the same as well. With a 720p resolution, the handset will have a 6.39-inch LCD. The display has a punch-hole, but there is no fast refresh rate on it, unfortunately. A 16MP selfie camera is located within the cut-out.

The Nokia 5.4’s battery prowess was showed off in the video. Within, the smartphone has a 4000mAh battery that is rated to last for a long time. An octa-core Qualcomm Snapdragon 662 processor coupled with 4GB and 6GB RAM options power the smartphone. The Nokia 5.4 comes with 64GB or 128GB on the storage front, along with support for a microSD card.

The Nokia 5.4 was initially introduced at a rate of EUR 189. This global price translates to around Rs 18,000, but in India, it seems impossible to cost the Nokia 5.4. In view of the introduction of the Nokia 5.3 for Rs 13,999, the Nokia 5.4 could be subjected to relative pricing.