Aggregate growth in emerging markets is assured to pick up again. Fitch Rating said that emerging markets were given a new set of growth forecasts; further, emphasize how the coronavirus pandemic is splitting developing nations up between opportunities and risks. It published its economic growth forecast for China and cutting predictions for South Africa and India. The other examples of the divergence among developing countries can be seen across a wide spectrum of economic and market metrics including projections for government debt levels, returns for bond investors, and the proportion of the population infected by the virus.

The impact of the virus on economic growth was highlighted by the new GDP outlook revisions by Fitch. The company raised its forecast for China’s growth this year to 2.7 per cent from the June prediction of 1.2 per cent, citing the country’s success in containing the pandemic. Fitch also raised estimates for Brazil, Russia and Turkey, while still foreseeing contractions in all three. On the other hand, Fitch forecast a deeper slump in India, projecting GDP to shrink 10.5 per cent versus its previous estimate of 5 per cent.

The differences can also be seen in expectations for government debt levels. Moody’s Investors Service predicts the ratio of government debt to GDP will climb end to 100 per cent in South Africa next year and it is the same level for Brazil. In the case of Saudi Arabia’s is expected to be only around 33 per cent, and Russia’s just over 20 per cent. Government bond performance has differed from policymakers across developing nations have almost all embarked on unprecedented stimulus. The local-currency debt issued by the Philippines and Romania has provided bumper returns as central banks cut interest rates. Brazilian and South African bonds have already down as the pandemic crisis worsened their weak fiscal health.

While the methods for counting virus infections vary widely, in some caseloads are much higher in Latin America than in Asia.  At the other end of the spectrum, Vietnam has the lowest reading of the major EM nations with just 11 cases per million. The markets providing a lot of opportunities for consumer-oriented companies, conventional wisdom would suggest that companies in these regions would stand to gain the most. But S&P Global Ratings believes large, multinational players are better-positioned to prosper more than their smaller competitors. 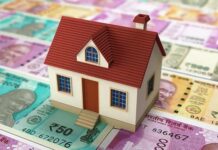 Author - November 24, 2021
0
As a typical ‘black swan’ event, COVID-19 took the planet by complete surprise. Though the Indian economy is another time gap for...