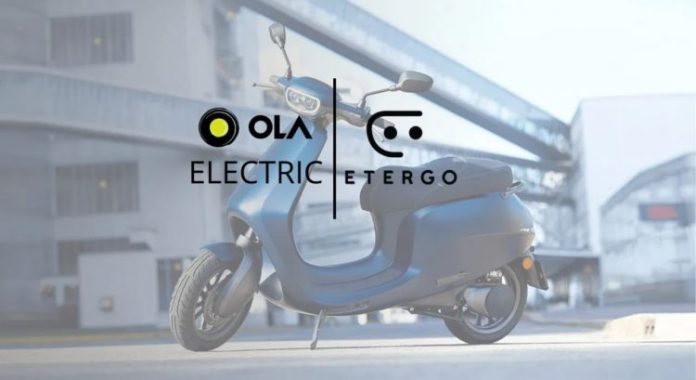 The upcoming electric two-wheeler (EV) version of Ola Electric’s which will be the reconfigured version of Netherlands-based app Scooter Etergo BV, including its software, Ola Play, and local hardware like NavlC, India’s global positioning system.

Etergo acquired by Ola Electric in May, the app scooter will be released in Europe this year and next year in Asia, as India will be first in the list.

The Bhavish Aggarwal-led Ola Electric is expected to develop the Indian App Scooter locally and to partner closely in battery-swapping plants with municipal corporations and energy enterprises.

“At the launch of the two-wheeler EV in India, the battery swap will become a key product feature and differentiation. it will look at all varieties of ownership and distribution channels for the vehicles launched”.

Originally, the App Scooter was a crowdfunded EV with an interchangeable 400 km range.

But if App Scooter hits India’s streets, with additional safety characteristics, “Etergo can replicate and move to India with localising manufacturing a great deal of information and intellectual property … in India, about 2.2 to 2.3 crore vehicles are sold annually, with EV two-wheeler share being lower than 1percentage. However ola forecasted a huge opportunity here, thereby they acquired Ertego”,

However, to kick-start production, Ola Electric’s biggest computer, Ather Energy, has already raised several funding tranches from Hero MotoCorp Ltd. However, Ola would need to search for an original equipment manufacturer (OEM) or a two-wheeling domestic manufacturer partner. In addition, Bike-sharing company Yulu is strategically linked with Bajaj Auto Ltd. to develop custom two-wheelers. It is not clear whether the Rosier and Flipse founders of Etergo will be collaborating with Ola.

In a recent internal email, Aggarwal said that the “organisational restructure” for current employees of Ola Electric will entail changes to the KPIs (significant performance indicators) and the KRAs (significant result areas).