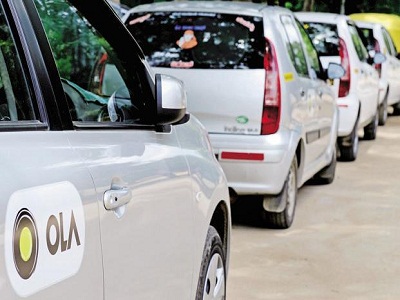 Ola, the largest cab hailing service in India is ending the services of its TaxiForSure unit in around 22 cities across the country including Jamshedpur, Kochi and Mangalore. Notably, Ola acquired its smaller rival TaxiForSure only a few months back for a deal of $200 million.

As per a TaxiForeSure post, the account of the customers will be transferred to Ola. Expect for the app changes, the rest will be the same. The money added to the TFS credits will be transferred to the users’ bank account. The promotion TFS Credits in the account will reflect in Ola Money. However, the Paytm wallet is untouched. This new opportunity is expected to help TFS build new goals and reach greater heights.

Ola run by ANI Technologies Pvt. Ltd was reportedly claimed to shut down the TaxiForSure service operating as an independent brand as the company announced that users can book TFS cars via the mobile app.

The product and engineering employees working with TaxiForSure have been shifted to Ola. The senior management of TFS including the Co-Founders of the company Raghunandan G and Aprameya Radhakrishna left the firm one after the other. The most recent CEO to move out was Arvind Singhal in the last month.

Ola is in talks to raise a minimum of $500 million. The acquisition of TFS was to increase the lead of Ola against its rival Uber.

Passionate in Marketing - July 30, 2021
0
98% of India Believes that Virtual Romance is Incomparable to Real Life Romance ITC Engage in its First Love...