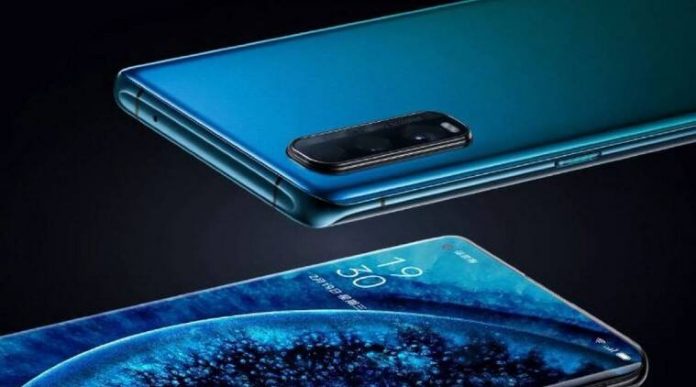 The recently launched Oppo Reno 5 Pro+ smartphone, which uses the custom camera developed by Sony. Now another smartphone of Oppo will have the set-up of Sony developed camera sensor.

Oppo worked with Sony to develop a 50 MP IMX766 sensor that the recent release of Oppo Reno 5 Pro+ is enabled with this sensor. The year 2020 has witnessed an exclusive partnership between two companies to develop the high-end sensors for cameras to deliver customers the flaunt. This partnership seems to be continued, Oppo is looking forward to collab with Sony to develop another sensor, IMX 789 under the upcoming Find X3 flagship. The new sensor reportedly will be exclusive to Oppo’s 2021 flagship.

As per the reports of Sparrow news, cited leaks of Weibo, the Chinese company is acing to bring in an exclusive camera sensor by Sony on Find X3 series. This depicts that both companies will continue their collaboration. Reno5 Pro+, the top-tier smartphone with Snapdragon 865 processor in the Reno 5 series hit the Chinese markets last week. Oppo FindX2 Pro uses the IMX689 sensor which was developed by Sony. This sensor of Sony brings advanced photography features which are 48MP and 1/1.43 inch sized. This sensor also enables the Quad Bayer filter feature.

For developing the sensor IMX789 Oppo working with Sony to bring up up-gradation of an already existing sensor of Find X2 series. High anticipation built around the smartphone is enabled with a 108MP lens, which is new to the smartphone market. This sensor is expected to bring better optical zoom, considering the breakthrough that Oppo achieved earlier this year. The already existing features of the IMX689 sensor will be retained. Apart from the above speculations available now there is not much about the Sony IMX789 sensor.

In terms of features and technologies Find X3 series is going to be significantly bigger than the Find X2 series. The smartphone is all set to get launched in Q1 next year with a Snapdragon 888 processor. Oppo confirmed a 10-bit color system on Find X3 apart from the sensor features. DCI-P3 color gamut is made available throughout the process inside the phone. The newer technology is expected to change how data relay works between cameras and other components of the phone.

Oppo’s Find X3 will lock the horns with next year’s Galaxy S21 smartphones and the One plus 9 devices. It’s too early to anticipate who will win the flagship of the consumer market. As we near the launch Find X3 features will be out more.