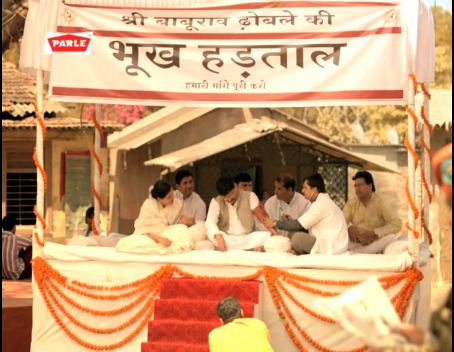 June 8, 2014: Parle Products recently rolled out its new TV campaign ‘Pehle waali baat’ for its iconic brand Parle-G. Parle-G since its launch has been growing consistently over the years and this new TVC conceptualized by Everest Brand Solutions tries to highlight the fact that this biscuit brand is like what it was before and has not changed. The campaign consists of eight TVCs which are designed and conceptualized by Everest Solutions.

Following are some of the comments from the top officials of Parle about the launch of the new campaign.

Mayank Shah, Group Product Manager, Parle Products, was quoted as saying, “Research points out that even the idea of slightest change in Parle-G is strongly resisted by our customers. Although our packaging has evolved over the years, but the core product is still the same.”

Pravin Kulkarnii, General Manager, Parle Products, was quoted as saying, “The TVCs capture the simple human insight of comparison. It is a natural tendency to compare the current with the past. Everest has harnessed this simple insight through various ‘slice of life’ situations to point out the consistent quality of Parle-G.”

The eight new TVCs by Parle show people from various walks of life who are unhappy. In the advertisement people are shown grumbling about various issues that they face in their life. They are shown complaining about how no longer that same ‘baat’ or like what was before is not there. The ads cover issues like politicians, fabrics, newspapers, festivals and so on. At the end of all these ads a person is shown handing over a pack of Parle-G and saying that it has “Who pehli waali baat”.

All these advertisements highlight that Quality is at the core of the product and it is seen as an attempt by the brand to connect to the millions of loyal customers who have given it a cult status in the market. Parle tries to convey the message that as times change so does the charm but there is only one brand Parle-G which has not lost its charm and survived the test of time. This new TVC is surely going to give some nostalgic feelings to people who have grown with this brand over a time period.