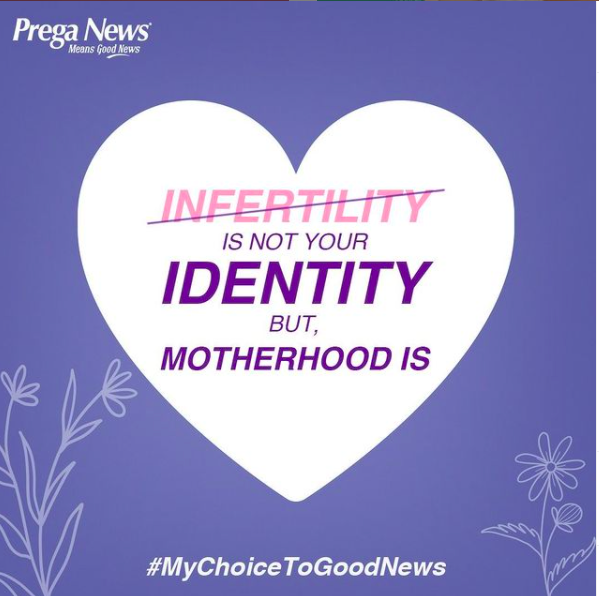 New Delhi: Mankind Pharma’s pregnancy detection brand, Prega News has come up with the latest campaign to create a dialogue on breaking stereotypes around infertility issues. Over the last few years, Infertility has emerged as one of the most common issues not only in India but across the World. Around more than 10-15% of all married couples face a problem in conceiving a child.

There are times when issues like infertility cause stress among couples, and women often have to deal with a lot of pressure from the family. This not only makes women underconfident but also impact mental health, which they deal with for years. Prega News wants to aware people that there are many other ways of becoming a mother, such as IVF, Surrogacy, Adoption. But couples hesitate in taking other routes, as there are many taboos in the society associated with it.

Prega News with the campaign aims that we all need to become more progressive and inclusive that contributes to a positive cultural change. The brand will be associating with hospitals and doctors to share the stories of women who have struggled with infertility and have used other means to embrace motherhood. Apart from that, Prega News will come up with live sessions across social media platforms to aware people of the cause.

Going further, the brand also has plans to rope in influencers and celebrities who have taken unconventional ways to motherhood and share their stories with the audience.

Speaking on the campaign, Joy Chatterjee, General Manager- Sales & Marketing, Mankind Pharma, said, “This is our first step towards breaking the stereotypical mindset and stigma associated with unconventional ways to motherhood such as IVF, Surrogacy and much more. We want to share with people that if a mother can’t conceive a baby, then there are other ways to attain motherhood. It is entirely their choice on how to bring good news to your life. When choices and circumstances are beyond control there is always a Plan B to motherhood.

Recently, on International Women’s Day, Prega News launched a campaign #SheIsCompleteInHerself that touched upon the sensitive issue of infertility that exists among women. The brand objective behind the campaign was to urge people to be more sensitive towards the issue and make this world a better place for couples battling infertility.

Over the years, Prega News has been instrumental in bringing joy and smiles to the faces of moms-to-be. This campaign is an initiative to spread awareness around this susceptible issue.

Betty Sebastian - October 21, 2021
0
IndusInd Bank brings an amazing feature for its customers in this festive season. It has launched an EMI facility on Debit cards...