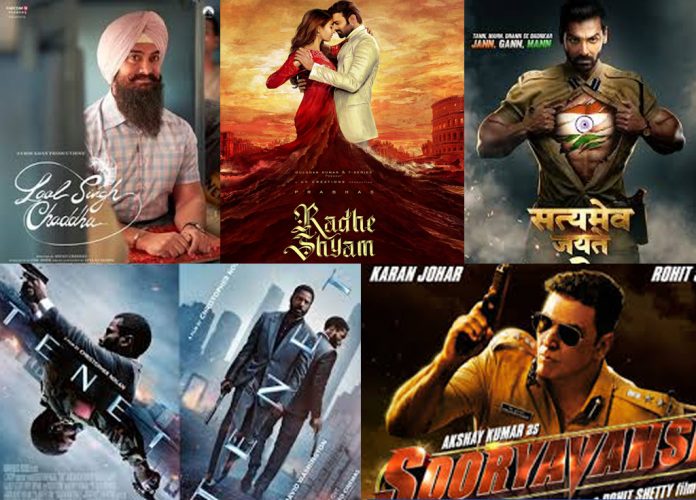 The reopening of Indian cinema theatres is not a good option in the current situation due to the pandemic, The audiences safety and health are critical to this point. The Indian cinema halls are battling in the uncertainty of reopening dates and film producers are witnessing financial difficulties. Some movie studios are planning big-budget films in the belief that it will bring back the audience to the theatres next year. Production houses such as Viacom18 Studios, T-Series, Reliance Entertainment, and others have at least a dozen films lined up some of which will be dubbed and released in multiple languages.

Reliance Entertainment Group CEO Shibasish Sarkar said that big films are important if we aspire to bring people back to theatres. Satyameva Jayate 2 director Milap Zaveri, who is currently in pre-filming visit in Lucknow, said these mainstream creative works including films, sometimes make criticisms, but in reality, this is the content most of the country wants to see. He added that small scale movies getting word-of-mouth publicity takes longer attain more audience and are now likely to be watched at home on the OTT platform. But it is the audience in the heartland and small towns that is most starved of entertainment and most loyal to watch movies in theatres and will rush to the cinemas first. The films which cannot be enjoyed in smaller screens will help the revival of movie theatres.

Girish Johar, film trade and exhibition expert pointed to the promising box office in foreign countries that have re-opened the film screens. China has achieved full box office recovery, according to UK-based film industry analytics company Gower Street.  Meanwhile, across the 41 territories,  Christopher Nolan’s Tenet has released last Friday and has notched up $53 million. This shows that the audience wants to come back to theatres and it’s going to happen soon once they feel safe.

Domex challenges Harpic with its latest campaign stressing the addressal of...

Unwanted 21 Days from the house of Mankind Pharma launches #UnwantedGyaanSeSavdhaan...

Passionate in Marketing in conversation with Mr.Marc Kaplan, Co-Founder & CEO,...

Central PSEs achieve 16% of the annual Capex target in Q1