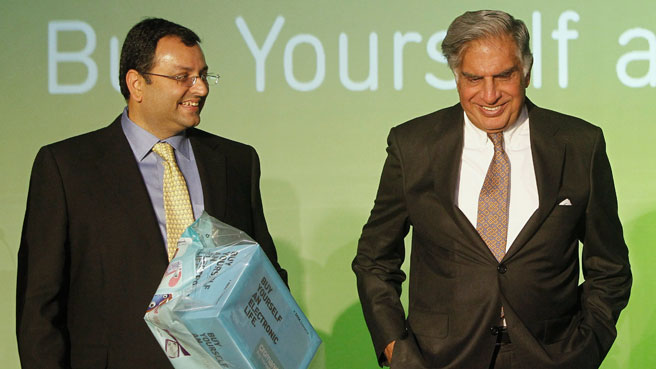 Dec 28, 2012: It’s another red letter day in the history of Indian Inc. today when Rata Tata, Chairman of Tata Group who turns 75 today will hand over the mantle to 44 year old Cyrus Mistry. Ratan Tata has taken the Tata Group to new heights in his tenure which spread over nearly 21 years as Chairman after taking over a legacy from JRD Tata. In this 21 years the revenue of Tata Group has touched Rs. 475, 721 crore from Rs. 10,000 crore in 1991. Some of the major brand acquisitions were done during his tenure which includes Tata Tea taking over UK brand Tetley and Tata Motors taking over Land Rover. In an Assocham survey, just before the retirement of Ratan Tata, Tata Group has emerged as the India’s best known brand both inside and outside the country which bears testimony to the fact that Rata Tata has got an iconic status in the Indian corporate world.

Passionate In Marketing - March 23, 2015
0
In an attempt to penetrate deeper into the apparel market segment, Amazon has announced the launch of a designer clothing store in partnership with...

It’s going to be tough for Walmart in India!

Smartphones increasingly becoming check in devices in Hotels, concierge-on-mobile to be...