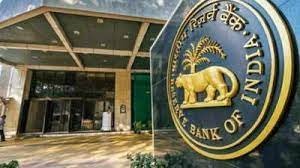 According to a majority of economists polled by Reuters, the Reserve Bank of India will follow up its surprise rate hike in May with another raise at its meeting next month, with the scale of the move being extremely split. In April, India’s retail inflation surged to an eight-year high, staying beyond the central bank’s tolerance limit for the fourth month in a row, and is expected to continue high.

The Reserve Bank of India’s (RBI) rapid shift in views on rising inflation and how to control it indicates that the RBI is concerned.

At the June 6-8 meeting, twelve respondents predicted a small rate hike (10 to 25 basis points), while seven predicted no change.

The RBI is expected to enhance its inflation forecast for the current fiscal year and consider raising interest rates during the meeting, according to a source familiar with the events. The median projection for June is for a 35 basis point increase to 4.75percentage

This aggressive prognosis echoes what other central banks were expected to do, particularly the Federal Reserve of the United States, which is projected to raise rates by 50 basis points at its forthcoming meetings following a similar move earlier this month.

Nearly a third of those polled (17 of 53) expect the repo rate to return to 5.15 percent next quarter, where it was before the pandemic. Another 20 projected that rates will rise even further. More interest rate hikes were on the way, with rates expected to reach 5.40 percent or higher by the end of 2022. will most likely return the repo rate, which is currently at 4.40 percent, to at least its pre-pandemic level next quarter, rather than 2023 as originally expected.

Passionate in Marketing - June 30, 2022
0
~Balvi Fund has partnered with  ActiveBuildings for monitoring and filtration of air quality in the states of Maharashtra and Karnataka with an...