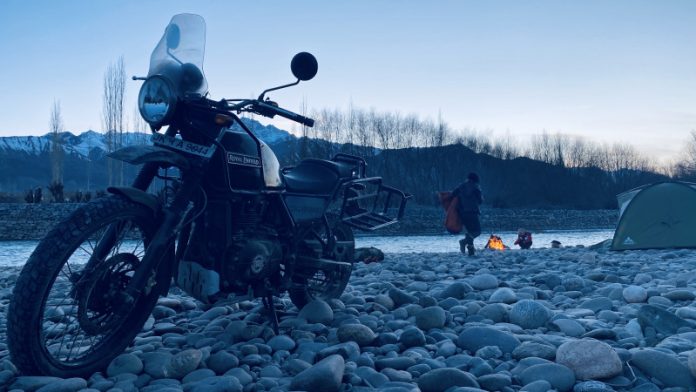 Royal Enfield has newly rolled out a brand-new film digitally, which discuss returning home. The movie has been conceptualized and executed by way of Coconut movies; a Mumbai primarily based production house which became then taken up by Royal Enfield. ‘Home’ follows a sole rider’s travel through Ladakh on a bike, the wheels mapping out the circle of lifestyles under them. focused on all cycling fans, the movie has been released digitally throughout social media platforms.

The brand movie, which is notably shot within the stunning locales of Ladakh, touches upon various feelings and emotions attached to returning to one’s secure haven- one’s home. It captures a solo traveller’s feelings and what she feels through her adventure back home like reminiscing the best vintage days and light-hearted moments which are experienced by her at the same time as visiting a long distance on her motorbike. as the brand movie shows, the centre message it targets to supply is that going the space isn’t approximately how some distance away you may get, but from what duration you’re willing to return.

shedding light on producing and shooting Royal Enfield’s new brand movie, Tushar Raut, Co-Founder, Coconut films stated, “when in the centre of chaos, what continues one grounded are the roots. And these very roots remain underground. What surely works in moments like that is pausing, possibly taking a step back, go back to our roots. just to remind the purpose of one’s lifestyle. And why we began it in the first location. This film has our soul in it.”

He delivered, “The marketing campaign concept was born out of conversations with our crew which has a lot of bike riding fans. all of them beamed a common passion around the bike, it’s seems and its performance. One factor we knew was to let the story emote itself while displaying the motorbike in all its glory and yet create a narrative that touches the target audience’s heart. As for the music, the choice of the folkloric vocals and background tune is like an uplifting crescendo that offers a charismatic, genuine touch to the movie”.

Talking about the movie, Shubhranshu Singh, worldwide Head marketing, Royal Enfield, stated, “As a brand, we welcome creative expression and are fortunate to be on the heart of an evolved community of gifted creators. ‘home’ is an evocative piece of content through Coconut movies that tells a heartfelt story in a totally genuine manner”.