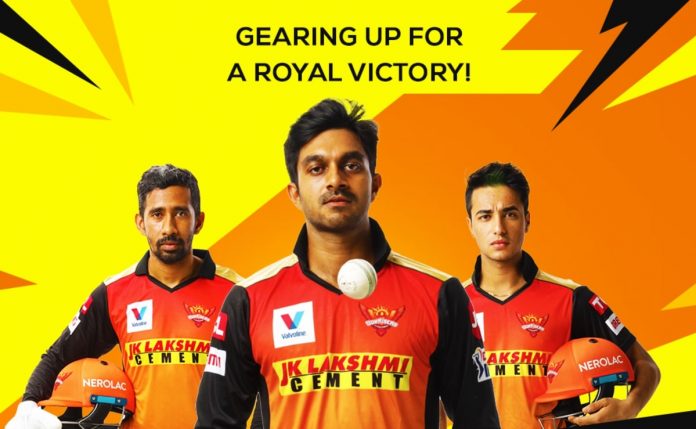 In association with BC Web Wise, JK Lakshmi Cement launches their brand’s new campaign #RisersWithBulandSoch. Through this campaign, the company focuses to engage with the fans and drive the message of its association with SunRisers Hyderabad.

The brand has created a series of immersive social posts featuring the SRH players. Through a ‘Guess the Player’ contest, the teaser posts tested the players’ knowledge, by which the lucky fans got the opportunity to win a customized SunRisers Hyderabad jersey with their name on the back. In this IPL season, the campaign will be getting a wider reach, as the fans of SRH players will be viewing the same. These types of campaigns are really encouraging the viewers by giving them a lot of hope in the current situation as well.

Speaking about the campaign as well as the association with SunRisers Hyderabad, Aseem Saxena, general manager-marketing, JK Lakshmi Cement, stated that they have been associated with IPL for quite some time but this year is unique where they could engage with their customers and fans only through social media and the digital platform. The IPL provided us with an opportunity to bring alive our philosophy of ‘India, Ab Soch Karo Buland’ via the engaging content on social media and a media campaign on third party websites, he added.

As per the reports, the company played the role of the perfect partner with the title sponsorship of SunRisers Hyderabad, which showcases engaging cricket-themed content, while establishing JK Lakshmi Cement as the most trusted and leading cement brand, which will be affecting the brand in a highly positive manner. The campaign will also make the fans more enthusiastic and motivated as well.

Commenting on the campaign Alok Garg, vice president, business development and sales, BC Web Wise, told that JK Lakshmi Cement has always built an excellent connection with their fans and dealers on social media. The association with the SunRisers Hyderabad offered the brand an opportunity to deepen the engagement with co-branded content. The series of AR filters will be helping fans to cheer for their team. The series of GIPHY stickers is a content that fans are using not just to cheer their team but also as part of their regular conversation on WhatsApp and other social media platforms, he added.

Passionate In Marketing - November 30, 2020
0
Of late, we have seen the dispatch of against bacterial pressed woods, beddings, bulbs, textures, divider paints, and so on. The most...