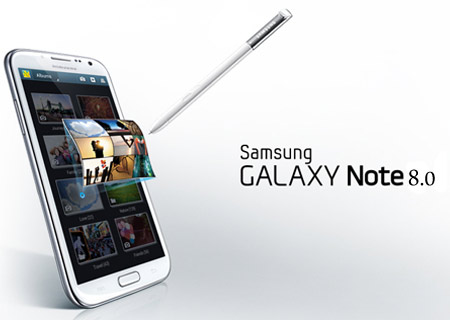 Feb 24, 2013: Samsung which has got Galaxy Note II with 5.5 inch screen and Galaxy Note 10.1 a full size tablet is looking to fill the gap in between these two sizes and is going to launch Galaxy Note 8.0. With the launch of Galaxy Note 8.0 tablet, Samsung is set to take on Apple’s iPad Mini which has got a 7.9 inch screen. The highlight of this Galaxy Note 8.0 tablet is that it will come with a stylus pen.

Samsung which made the announcement of launching Galaxy Note 8.0 ahead of the Mobile World Congress will start selling the tablet post April 2013. The price of the tablet has not been revealed and experts believe that it will be very competitively prices so as to take on Apple iPad mini head on.

Renault Kwid gets 25,000 bookings in two weeks of launch

Bacardi to roll out new global campaign ‘untameable’ in India

Marketing Spotlight: Internet of Things revolution, Thingful.net to be the next...

Google Nexus 7 Tab – Watch out for it!

Microsoft to launch XBox One gaming console in India

An effective way to promote Brand