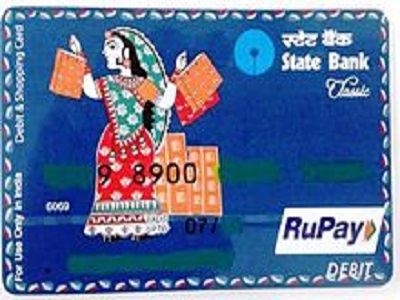 State Bank of India, the largest lender in the country has announced a new debit card called RuPay Platinum debit card. This launch was made in association with the National Payment Corporation of India (NPCI).

Regarding this new debit card that has been launched, Arundhati Bhattacharya, the Chairman at SBI stated that with the growth of the country’s economy, the customers have evolved and their aspirations and lifestyle have been changed on par with the global standards. She stated that the RuPay Platinum debit card is a suitable addition to the existing portfolio of debit cards from the bank.

Also, A P Hota, the Managing Director and CEO at NPCI claimed that the RuPay car has a special feature that provide the convenience to the customers by letting them accept the payments at all channels – e-commerce, PoS and ATMs.

He further stated that NPCI will soon be launching international RuPay debit cards that will let the customers use the card out the country apart from issuing the RuPay credit cards by early next year. Initially, this card will be issued for free to the customers who are maintaining a quarterly balance of Rs 50,000.

When it comes to the benefits of this cards, the RuPay Platinum debit card provides several advantages such as 5 percent cash back on the utility bills, personal accident coverage, complimentary airport lounge access and permanent total disability insurance coverage over Rs 2 lakh and so on.

As of now, SBI has 19.7 crore debit cards in circulation and of these around 4.5 crore are the RuPay cards only. In the end of March this year, SBI saw around 37 percent rise in the debit card transaction. This made the value increase to Rs 30,785 from the last year’s value of Rs 22,407.

Author - January 19, 2022
0
India is one of the largest dealers of generic medicines and vaccines in the world there are thousands of drug manufacturing companies...