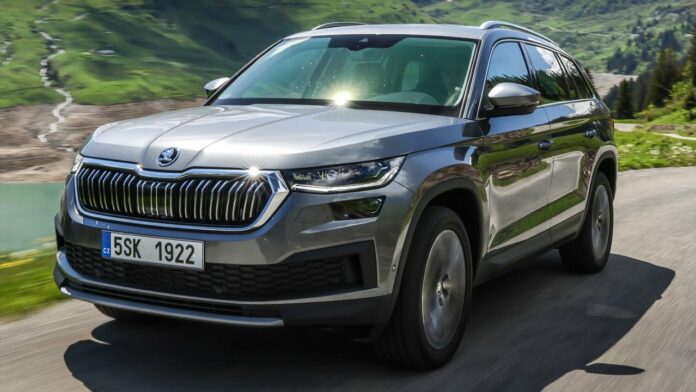 Skoda Auto is here with their brand new Kodiaq for the ever-growing tribe of Indian consumers looking for SUVs.

Skoda, the Czech automobile company is one among the fastest growing car manufacturers that stepped into the Indian market in late 2001.

The company planned to increase its annual sales volume by 2022, the first of six products scheduled for this year, Skoda Kodiaq was launched as the new year began.

The Czech automaker revealed that the all-new Slavia sedan will keep the momentum going, and is next on the list.

The Slavia will be the torchbearer of Skoda India’s 2022 calendar as it is built on the same MQB A0 IN platform as the Kushaq.

There were further updates on the product line which includes Kushaq, Octavia, and Superb.

According to Skoda Auto India, the new Kodiaq will attract Indian customers who prefer spacious, luxurious SUV that is suitable for both city and weekend driving.

The Kodiaq was earlier available in the country but was pulled out due to the lack of BS-VI norms, now the premium Czech Kodiaq facelift SUV is re-entering all modified.

This new Kodiaq will be among competitors like Volkswagen Tiguan and Hyundai Tucson in the Indian market.

Kodiaq facelift comes with new features and subtle design updates such as the exterior and interior of the version being altered.

The front seats include both hot and cold air circulation features, and also a sunroof and ambient lighting will be available.

It is equipped with the latest digital infotainment system, including Android Auto and Apple CarPlay features.

As part of its safety features, the SUV comes with nine airbags and as for the power, a 2.0-litre turbo-petrol engine with 190 horsepower and 320 Nm of peak torque will power the 2022 Kodiaq.

The engine is likely to be paired with a 7-speed DCT gearbox.

Eco, Normal, Sports, Snow, and Individual are the most likely drive modes in this new version.