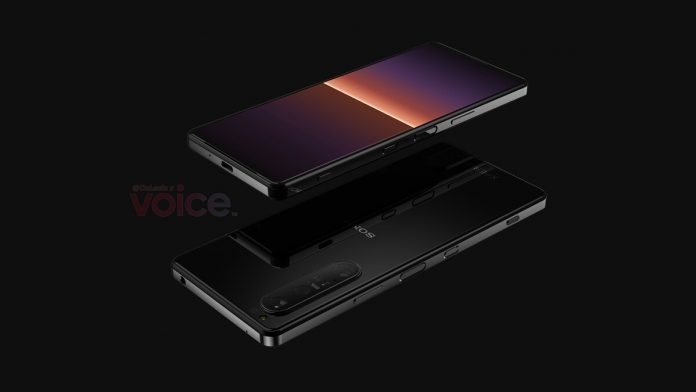 We are not aware of the Sony smartphones even they still make smartphones. It is because sony already quit the Indian smartphone market years ago. Hence, Sony is not giving up and is now seemingly work to compete with the Samsung Galaxy S21 series. This smartphone will be a dubbed Xperia 1 III, and it will be the successor to Xperia 1 II launched last year. This flagship phone has the same 3.5mm headphone jack and bezel design. That does not mean that there will be no upgrades though the camera upgraded to a new periscope camera on the Xperia 1 III.

According to the rumors shared by OnLeaks, the specularities of the Sony Xperia 1 III will be in the boxy design with curved edges and a flat-screen. Sony has been unwilling to devising camera workarounds on its phones. The renders shared by OnLeaks say the Xperia 1 III has bezels on the top and the bottom of the phone wherein, the top portion has the front camera and all the sensors. The phone has a slim profile and the measurement 161.6×67.3×8.4mm and has a rear glass panel with a raised camera bump. All around, the phone has a metal frame, which makes a premium look. But all of this is quite similar to Xperia 1 II. The Sony Xperia 1 III will be coming with a 6.5-inch CinemaWide OLED display with a 4K resolution. Hence it is similar to Xperia 1 II that launched last year. With a triple camera setup on the back, the Sony Xperia 1 III will come much the same as last year’s model, along with a fourth ToF sensor. But there will be a better upgrade this time. The Xperia 1 III will have a periscope lens instead of a telephoto lens will increase optical zooming prowess on its phone cameras. ZEISS technology with ZEISS T coating powers all three cameras. The Sony Xperia 1 III will be coming with 5G connectivity. The processor is not be released yet, which processor chipset the company would go. The Xperia 1 II  used processor Qualcomm Snapdragon 865, so hopefully, the Xperia 1 III will be a Qualcomm Snapdragon 888 processor.  The phone comes with a 3.5mm headphone jack on the phone, a microSD card slot, a side-mounted fingerprint sensor, dual front-firing stereo speakers, and a dedicated shortcut key to open the camera app by default that is programmed.

Author - January 21, 2022
0
Monteria Village, modern belonging with the resource of the use of prominent hospitality entity Monteria Resort Pvt. Ltd....