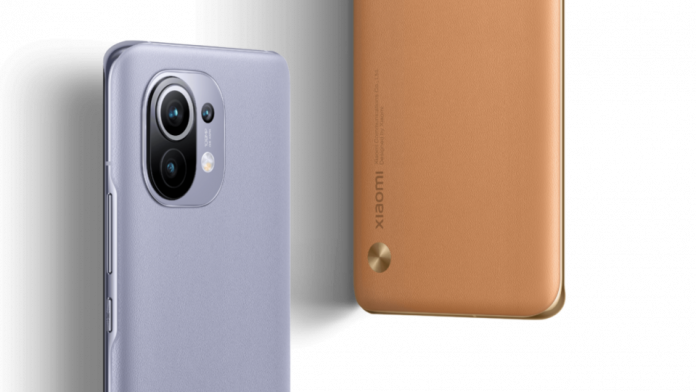 Xiaomi had earlier launched the Mi 10i. The company confirms that they will be launching two new powerful devices in India, said Global VP, Manu Kumar Jain. He makes sure that Xiaomi will soon be launching two new flagships in the country through a tweet shared with the millions of Mi fans over the country. He emphasized further initiatives and the processor of the phone revealed through the tweet. One of the phones will come with the processor Snapdragon 888 SoC though the other will come with the processor Snapdragon 870 SoC. The company has not published anything officially then the tweet stands as an indicator that the company is launching its new flagship Mi 11. Along with Mi  11, Xiaomi also brings up the rumored Mi  10 Snapdragon 870 SoC variant.

The expectation about the new phone was to be the same phone that launched in the past year.  The new Xiaomi phone comes with the processor Snapdragon 888 SoC. The Mi 11 comes with a 6.81-inch OLED screen with support for QHD+ resolution (3,200 x 1,440). The phone comes under the premium category ipso facto device’s display has refresh at 120Hz and supports a 240Hz touch response rate. The operating system comes as android11.  The brightness of the panel can also reach a peak of 1,500 nits. The Xiaomi Mi 11s camera comes with a 108-megapixel primary camera with f/1.85 aperture, 1/1.33 inch sensor size, 0.8-micron pixels, OIS,  a 13-megapixel ultra-wide camera with f/2.4 aperture, 123 degrees, and a 5-megapixel telephoto macro sensor with f/2.4 aperture. The Mi 11 also has an 8K recording feature and a night video mode for brighter low light video. The phone carries a 46000 mAh battery pack with 55W wired and 50W wireless charging support.

The phone comes with the MIUI 12.5 update in China. It has a feature to brings up with its new wallpaper and 125 nature-inspired system notification sounds. This update has several privacy features such as smart clipboard privacy protection that prevents unauthorized apps from accessing your clipboard.