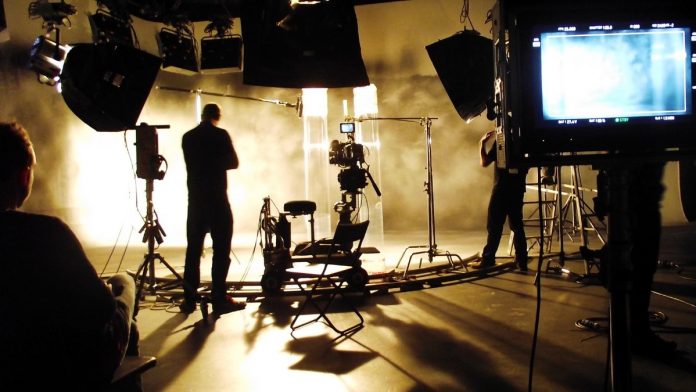 Union Information and Broadcasting Minister, Prakash Javadekar on recently said, the production of film and television programs can be resumed with the mandatory health protocols. He said a Standard Operating Procedure (SOP) has been signed after consultation with the home ministry and the health ministry. According to the new SOP, only the actors facing the camera are exempted from wearing masks other than that whole crew members would have to abide by the health ministry’s guidelines.

Production of Ajay Devgan’s movie titled ‘Maidaan’ was going on in March when the national lockdown was declared. He conveyed gratitude to the Government via Twitter.

According to the statement of the Minister, based on international experience they are going to lay down SOPs and along with the Ministry of Health and the Ministry of Home Affairs consultation, they will be releasing the SOPs. They mentioned that film industry and television shows are important part of the economy and employs millions of people, therefore, they have to issue the SOP to facilitate the continuation of process.

It’s been three months since the Maharashtra government has allowed films, TV series and web series to be shot under conditions set to control the spread of the pandemic.

Pandit, president of the Association of Indian Film and Television Directors (IFTDA) said, the Center has made it possible for the industry to start filming around the country with the new SOPs. This is great support for the sector which is struggling a lot.

BN Tiwari, president of the Federation of Western India Cine Employees (FWICE), said that the announcement from the Central government is a “good news” that would help those who have been badly affected by the lockdown, most of the junior artists, workers, dancers, will be benefitted.

Throughout the shoot, the creative department will take steps to include a minimal number of cast and crew leaders, the SOPs added. According to the I&B ministry document, social distancing has to be ensured in aspects such as scenes, set-ups, camera locations, positions of crew members, seating arrangements, food and catering arrangements and phased meal timings.

Majethia, President, TV division, Indian Film and Television Producers Council (IFTPC), said the guidelines were carried out in “great depth” and aimed at ensuring protection for the whole cast and crew. It is a great perspective to provide a policy, giving freedom to the state government for being flexible as per their Current situation of the state.

Sayali Sunil Kotwal - June 12, 2021
0
The demand for healthy products, especially food in the last year, post the outbreak of the novel coronavirus, has been on a...