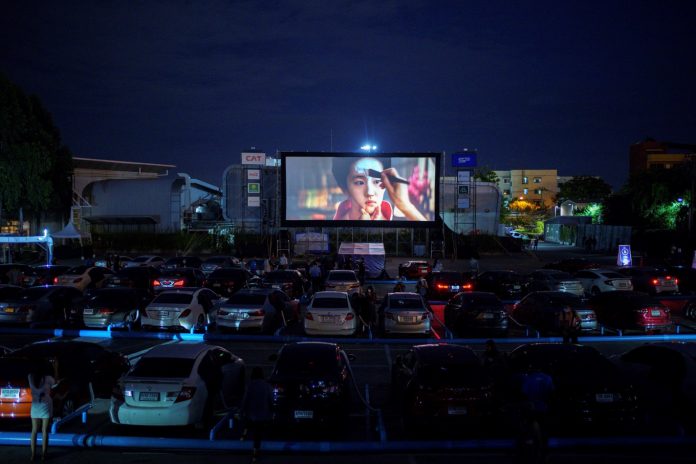 After more than five months of shutdown leading to zero sales, India’s top multiplex players are expecting drive-in cinemas to be able to recover into operation by the end of this year or early next year. Comparing performance on the condition of anonymity by realty consultancy firms and film screen manufacturers reveals that even the top cinema chains are considering the drive-in options for generating revenue.

Companies like PVR Cinemas, INOX Leisure Ltd and Carnival Cinemas, across the states like Delhi, Maharashtra, Karnataka, Kerala, Andhra Pradesh and Telangana, are also wary of being confined in closed auditoriums for hours to enjoy a film experience. The Carnival cinemas Managing Director Pv Sunil said that they identified the places in Bengaluru, Mumbai, and Kochi for the (drive-in theatres) by considering the current situation.

The drive-in cinema project is in under discussion with the UK  based company and the details are not yet disclosed. The companies are planning to set up the drive-in cinemas in cities like Delhi, Mumbai, Hyderabad and Punjab. The investment of this project will almost be 3-5 crores and maybe in some cases it will be 8 crores.  India has been home to a few drive-in cinemas over the years such as Sunset Drive-in-Cinema in Ahmedabad, Prarthana Beach Drive-in-Theater in Chennai, Under the Stars in Bengaluru, and Gurgaon Talkies in the National Capital Region, but these have found it difficult to attract an audience so far.

During these years, most cities in India are either warm or cold and that doesn’t help the cause of open-air screenings. In reality, even the current multiplexes plan only allows for screenings that will take place after 4 pm, restricting the number of shows per day. Drive-in is a common phenomenon in countries like the US where, at the last count, there were almost 330 cinemas. A report by Guardian said they’re seeing another boost after coronavirus, which is expected to continue past the immediate crisis as people try socially distant entertainment.

The theatre owners are also waiting for the confirmation from the government for permitting the gathering of people. The film producers also need to accept the change in the system. In the past, drive-ins have struggled to find the ideal distribution model for licensing new or recent movie releases, with many resorting to cult classics like Dilwale Dulhania Le Jayenge or Jab We Met.

Microsoft Bagged the creative marketer of 2021