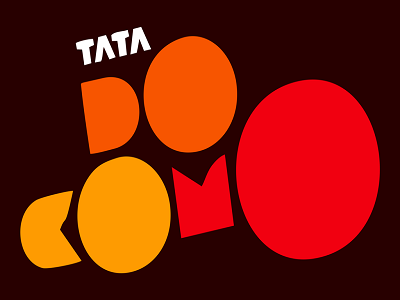 Tata Teleservices has come up with a decision to drop the brand DoCoMo from its Tata DoCoMo telecom brand. This move comes months before end of the telecom firm’s agreement with the Japanese operator NTT DoCoMo to use its brand.

Regarding this, a person aware of the plans claims that the telecom venture of Tata Group has decided not use the DoCoMo brand for its telecom services since the two brands will end their partnership in the near future. It is likely that a brand makeover is in the pipeline. The main idea is to build a brand name without DoCoMo, claimed the source who likes to be unidentified. It has been claimed that the brand building exercise by Tata Group’s telecom arm will debut this year itself.

Until then, the firm will continue with those ads that are going on currently and it will not come up with any new ad campaign. The transition will be on the sidelines of Hutch to Vodafone re-branding, revealed the source.

However, a Tata Teleservices spokesperson has revealed any details regarding the same and he has claimed that it is the firm’s policy not to respond to the market speculation. Rana Barua, the CEO of ContractIndiaadvertising agency that manages the company account claimed that they are not aware of any re-branding plans of Tata DoCoMo.

Back in the last year, NTT DoCoMo decided to exit Tata Teleservices and asked the promoters inIndiato buy its 26.5 percent stake that it holds in the joint venture that is equivalent to Rs 12,770 crore. NTT DoCoMo invoked its option of forcing Tata Group to find a buyer for its stake to purchase its 50 percent stake that is estimated to cost $1.3 billion (approx. Rs 7,250 crore) or a reasonable market price, the one that is higher. As Tata Group could not find a suitable buyer, NTT DoCoMo files a case in the London Court of International Arbitration to make sure that Tata Group finds a buyer for its stake.