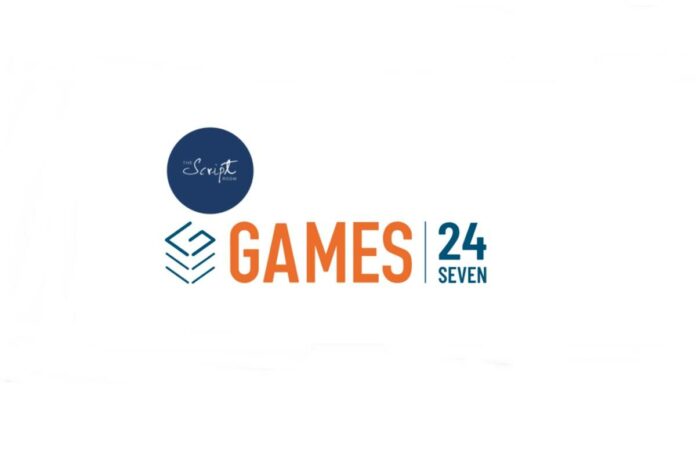 Games24x7, which is India’s largest multi-gaming platform launched The Script Room which is a creative agency partner. Bhavin Pandya is a New York University-trained economist and Trivikraman who is also the same. It was released in the year 2006.

Games24x7 is the largest multi-game platform in India that is supported by global investors like The Raine Group and Tiger Global.The company has the ownership of some of India’s best-known skill-based games such as RummyCircle, which is India’s largest platform to play Rummy online, and My11Circle, which is India’s second-largest fantasy sports platform and also a mass of casual games.

It has expertise in using behavioral science and technology and with the help of artificial intelligence to supply personalized game-playing experiences. Games24x7 has reached the $70 billion global gaming market this year with a primary focus on the United States and will also expand its growth both internationally and domestically with its new creative games.

Director of Branding and Marketing Strategy -Avik Das Kanungo, said, “At Games24x7 the most important thing for us is, players expect. It is the main priority. Our brand campaigns are done for celebrating the joy, enthusiasm, and slice of life moments while playing skill-based games.”

“We are delighted that we partnered with The Script Room as now we can amplify our offerings in the skill gaming area and give crazy gaming experiences of more sports and gaming for passionate people. The team’s vision is very clear and the way of thinking is a very natural and strong focus on the task.”

“We just finished shooting a lively brand campaign with Prosenjit Chatterjee who is an iconic Bengali film actor and also our brand ambassador. It celebrates the high spirit of our players and brings alive the happiness of playing Online Rummy on RummyCircle. We are really excited about the way the campaign has made its shape and hope online skill gaming enthusiasts will love the proposition,” Kanungo added.

RummyCircle has the best industry practices and provides its players with a secure and safe environment. All the transactions on the platform happen through E-banking channels that include mobile wallet apps, Net Banking, Debit Cards, Credit Cards, among others.