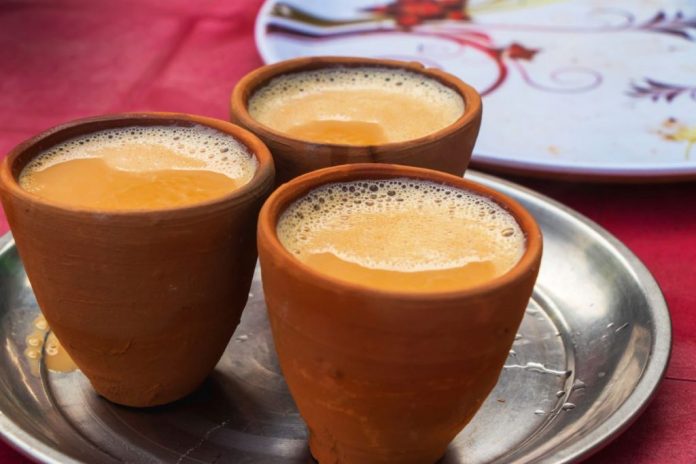 Philip Lutgendorf, a Hindi Scholar, Cultural Historian and chai researcher assumed that chai is a part of Indian cuisine in the same way as dal and rice.

During his study, he imagined that chai was a hot, milky and boiled concoction, which was an important part of Indian traditional kitchens. It was at the beginning of the 20th century when most Indians were extremely interested in chai which was an integral part of our culture as well as culinary consciousness.

History shows that how it was introduced amongst the customers with the help of a railway campaign, free samples, the CTC (Crush, Break, Curl) machine, and door-to-door advertising. As a result, the use of the CTC system had a tremendous effect on costs and volumes. With the increase in usage, the CTC system was an attractive choice for all the vendors and roadside tea makers.

This Chai story will lead you to the researcher Lutgendorf, who is a retired professor of Hindi and modern Indian studies at the University of Lowa. He studied this to find out how the Indians become addicted to the use of chai. When he visited India for the first time in 1971, he was studying and writing books related to the Ramayan. The Chai that he drank for the first time was actually ‘tea’, he fell in love with it and was curious to know about it. As an example of the classic Indian jugaad, he was unable to trace the creator of the footpath ki chai, which is a tribute to the unknown chai-wala / wali.

The inventor of the chai also said that the teapot was too fussy and achieved the same results by just putting all the ingredients in one pan and then boiling it. For Philip, this act generated a revolutionary imagination in the status of the Chai cult. It had been noted that neither tea nor chai could replace something that we’ve been drinking which was entirely fresh. The chai became synonymous with a soft, milky tea that can be boiled and not steeped. This has also been one of the variations of how tea is to be made and enjoyed. Both Tea and Chai have built many social spaces in cities such as the tea cabins in Kolkata and the Iranian cafés in Mumbai. Many of these institutions have receded into the past, there were typically addas in Kolkata as well as vendors and payment stalls throughout the country making the chai safe and affordable.

Prof. Lutgendorf ‘s book on chai research is ongoing and it is very difficult to believe that there will be a tale behind chai and its transformation into a cultural motif.

Passionate In Marketing - October 22, 2020
0
HDFC Bank and Tata Motors have tethered up to announce some fascinating finance variants for Tata’s passenger car clients. This partnership has led to the launching of...