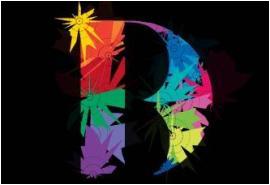 This time around, consumer aspirations have been considered in a survey which will throw out the most desirable brands in India. Needless to say that some of these brands will be of a high-end category owing to consumer aspirations. The survey called Brand Desire enlists those brands which maybe out of the reach for many but has surely captured a good mind set among the consumers; especially in the Indian Context. We’ll first look at a global level and then focus more at a national level.

The study was conducted across 4 continents covering 555 brands and involving more than 20,000 people! Interestingly, the average age of the top 100 desirable brands is 86 years, with Facebook being the youngest. The study revealed some interesting conclusions like the most sophisticated brand being Porsche, the most wisest being Financial Times and the most ambitious being Apple.

Read more on the global report.

In India, luxury brands dominated the list of the most desired brands. The brands that topped the list are the software giant Microsoft, luxury car maker BMW, Google, the iPhone maker Apple, Adidas, again a luxury car maker Mercedes followed by Audi, Disney and on the 9th  and 10th spot were Sony and global giant IBM.  Interestingly the top Indian brand to feature in the Indian list is Taj Hotels which was placed at the 23rd spot; something that tells you where the share of wallet goes!

This survey revealed many interesting facts, especially in the Indian context like the one on inclination towards foreign luxury brands. These are trends that will lay a platform for future business in India. We would love to wait and watch!