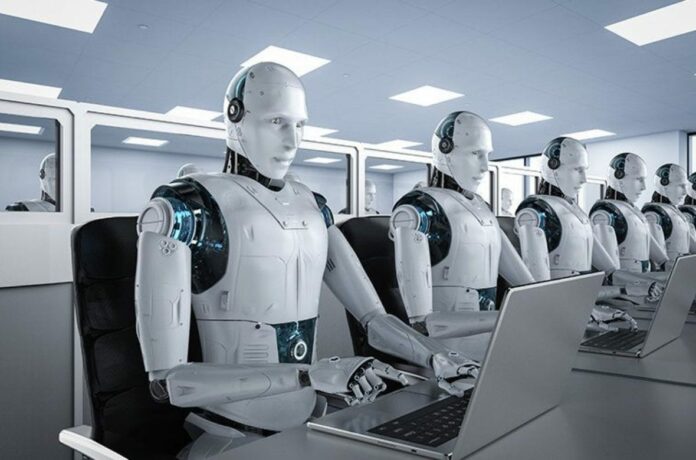 Organizations are clamouring for multi-purpose robots as a result of robotics-as-a-service.

RaaS, or robotics-as-a-service, is a novel artificial intelligence business model in which many robots give assistance as a service rather than as a product for automating jobs.

This is a new robotics trend that every company should be aware of in the near future. Robotics-as-a-Service allows these businesses to rent robots and use cloud-based technologies to automate their processes.

Let’s take a look at the best Robotics-as-a-Service companies to watch in 2022.

For its autonomous mobile robots with artificial intelligence integration, Aethon is one of the top Robotics-as-a-Service suppliers. These mobile robots are commonly used in hospitals to conduct delivery and transportation jobs, allowing doctors and nurses to focus on patient care. It has cut the cost-per-delivery by as much as 80%.

The cloud control centre keeps track of every TUG robot in real-time. It uses artificial intelligence algorithms to send a secure VPN connection to the centre to transmit an alarm. Organizations can automate drop-off carts and a variety of other services.

Savioke is a well-known Robotics-as-a-Service company that offers a variety of services like safe and dynamic navigation, autonomous elevator operation, long battery life, and more. It uses open-source software to provide healthcare, hotel, and high-rise solutions. Relay autonomous service robots are stationed throughout the hospital at all times to ensure a secure chain of custody.

KnightScope is well-known for its Autonomous Security Robots (ASRs), which provide real-time security patrols and actionable intelligence to security personnel. Eye-level mobile surveillance is known for providing unrivalled deterrence capabilities as well as high-quality evidence for criminal prosecution. The K1, K2, EBT Detection, K3, K5, K7, and KSOC are all available from this Robotics-as-a-Service company.

inVia Robotic Another notable Robotics-as-a-Service supplier that offers automation as a subscription-based service is Via Robotics. It offers cost-effective robotics services, including autonomous robots, strong software, and robotics experience. It can automate warehouses without the need for robot maintenance.

Through the Robotics Operations Centre, the Robotics-as-a-Service concept assists in the ownership, operation, and optimization of robots to maximise efficiency (ROC). Robots may be scaled up or down based on volume and seasonality, removing the need for unreliable labour pools.

Locus Robotics is a Robotics-as-a-Service provider with a Robotics-as-a-Service programme that can be scaled to meet the demands of the customer. The RaaS concept is a subscription-based smart programme for integrating powerful autonomous mobile robotics into warehouse operations. It enables a shift in capital expenditures towards artificial intelligence-assisted automation.

Through a variety of traditional and capital-intensive automation solutions, Locus Robotics-as-a-Service helps to minimise operational costs as well as technical barriers.

This Robotics-as-a-Service company offers a variety of robots for various tasks, including a robotic poop-scooper and a robotic lawnmower-scooper.