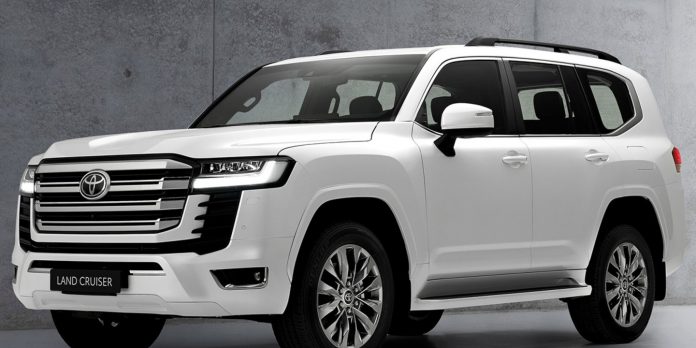 In June 2021, Toyota launched the new Land Cruiser after what seemed like an eternity. The J200 model, which was built in 2007, was eventually replaced by the J300 built on the new Toyota New Global Architecture (TNGA) platform. Therefore, the new Land Cruiser J300 is only sold in his country, Japan, Australia, and the Middle East, where he can’t get enough.

It appears that the new Land Cruiser in Japan has already accumulated over 22,000 orders. However, Toyota makes customers sign a very difficult agreement if they want to own a new Land Cruiser.

A report published by a Japanese publication – Creative311 suggests that Toyota dealers in Japan are asking customers of the new Land Cruiser J300 to sign a very difficult contract. If you want to buy a new Land Cruiser J300, the contract prohibits the resale of the vehicle.

It is suggested that the resale restriction agreement is for at least the first 12 months after delivery, but not be officially mentioned. If an owner does this, he will be blacklisted to stop buying a new Toyota; however, the blacklist is not specified at this time.

Why can’t you sell your Toyota Land Cruiser J300?

There are several reasons why Toyota should take such a drastic step. The initial reason is that Land Cruiser sales are limited to some regions and demand for it still prevails elsewhere. Therefore, Toyota wants to prevent people from seeing (reselling) vehicles at a higher price. In addition, Toyota tries to respond only to customers who want to buy and use them, limiting a unit to a single customer.

Second, Toyota believes that without this deal, it could fall into the hands of people it doesn’t want, leading to something that could threaten global security. The agreement stipulates that the resale of the vehicle may run the risk of violating foreign exchange legislation and, depending on the destination of the export, may generate problems that threaten global security.

Toyota Land Cruiser among others Toyota is known for its reliability, durability, and bulletproof reliability. There is a saying in the Middle East: “You can enter the desert in any car you like, but leave with a Land Cruiser”.

We believe that, by agreement, Toyota is trying to prevent the Land Cruiser from falling into the hands of terrorists from different parts of the world. Something like that with its other models, like the invincible Hilux pickup.