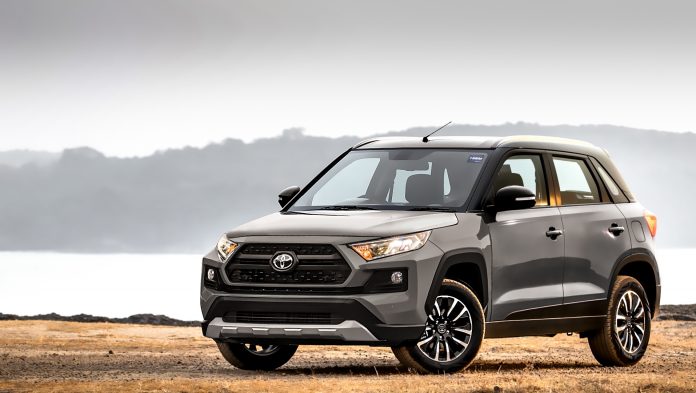 Toyota’s latest compact urban cruiser is to be launched soon, and the company is rewarding the purchasers who have shown an interest in the purchase of the SUV. For all buyers who pre-reserved their SUV, Toyota has announced a new Valued Bundle.

The new Respect Package specifies that users who have pre-booked the new compact SUV can not only drive the new SUV home first but also enjoy no cost periodic maintenance for a maximum duration of 2 years.

The company has created a new Toyota SUV dedicated website, which gives some information about the latest Toyota Urban Cruiser.

A Li-ion battery with automatic version is also available for the Urban Cruiser. This battery would increase the fuel efficiency of the car and also help in assisting in the production of torque.

With the Li-ion battery, regenerative braking, idle start/stop, torque support, and overall improved fuel output are offered. The company has not, however, now confirmed the per kilometres efficiency. The mild-hybrid system will provide buyers with additional options for the Maruti Suzuki Brezza re-badged variant.

The Toyota Urban Cruiser will compete against Vitara Brezza, Tata Nexon and Hyundai Venue and will be under four metres tall. Kia Sonet will also be participating in the same category as the new entry into the market. But price specifics concerning the car have not been released by the firm.

On the outside, the Urban Cruiser will have chrome and trapezoidal bold fog grille with 2-layer wedge grill. The car rolls on 16-inch alloy wheels that have diamond cutting. The front fascia is fitted with Dual Chamber LED Headlamps with LED DRL-cum indicators with a double feature. The car is separated by LED tail lamps on the tail side.

Within, the car is designed with two-tone dark brown premium interiors, and comes with start and stop button of the engine.

A specific agreement for providing hybrid and other vehicles for the Indian market was concluded by Toyota Motor Corp and Suzuki Motor Corp in March 2018.

“With the first customer approach, TKM has always been trying to fulfil its customer’s wishes through the timely launch of new products and the Toyota Urban Cruiser is another step in order to meet the changing needs of the customers,” says Naveen Soni, Senior Vice-President of TKM (Sales and Services)

Passionate In Marketing - September 15, 2020
0
Cadbury Dairy Milk Silk has got together with the Indian singer Jasleen Royal as she launches her most awaited music video Sang Rahiyo, for...