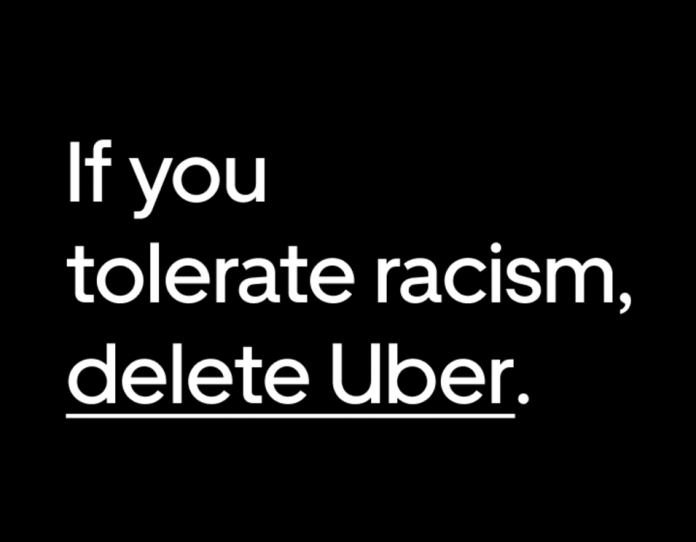 “If you tolerate racism, delete Uber.”

Together with Wieden + Kennedy, the cab-hailing app tackles discrimination head-on with its latest interactive initiative unveiled August 28. The day also reflects the March’s 57th anniversary on Washington, and “I Have a Dream” speech by Martin Luther King Jr.

Uber wrote on a recent microsite, “As a conveyance service company, our mission is to ensure that everybody can travel easily and securely. To do so, we need to fight racism and be a promoter of equity — both within and outside our business … that’s why we’re making a lot of long-term investments to push the work forward.”

The company also launched a series of steps to riddle its racism programme. Next, Uber is adding fresh anti-racism and racial prejudice tools to its passengers and drivers. Second, anyone who signs up for Uber must commit to following its rules for the group. Third, advanced instruction on racial bias and sexism will be provided to customer service agents.

Uber also earmarks $10 million over two years for Black-owned companies. It has pledged $1 million for the Equal Justice Initiative and Police Diversity Centre. The company is expanding delivery fees of $0 to restaurants operated by Black by 2020.

The U.S. has been engaged in anti-racism agitation in the near years, and thousands echoed the 1963 march as they demanded fair justice.

“This is only the beginning. Before we see real social justice, it won’t be enough. But we continue to work day in and day out to change, learn and develop as an organisation. Black lives matter,” Uber says.

According to an Ad Age survey, “Uber spreads its message through social media, in newsletters, and app notifications. It also appears on billboards located in 13 major US cities in support of the thousands of people gathered in the nation’s capital to celebrate the March on Washington or organising their marches across the world.

“It is less about exposure and more about activism,” says Thomas Ranese, Uber Vice president-Global Marketing. “It’s a firm stance against bigotry. If they use Uber, we want to remind the public whether to travel or drive, that they are committed to our collective rules that do not accept racism of any sort.”