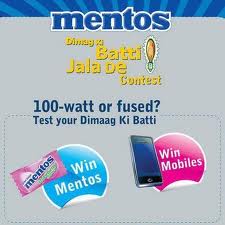 Mentos is known for its fascinating ads, and the brand has now moved a step ahead from global positioning to smart thinking. “Dimaag ki Batti Jala de” campaign of mentos makes everyone take a look at it, whether one loves it or hates it. The brand has always conveyed the importance of being smart and symbolizes that people become smart with Mentos.

Striking the chords of humor and adding a pinch of bizarreness, the Batti Jalao campaign is based on murder and puzzles. A riddle with unrelated incidents is presented to the audience and people who solve the riddle can take away the prices. The price money is not something small; it’s a whopping Rs. 25 lakh.

The unconnected instances in a riddle may be as follows- Is Raju walking on the grass, if balloons had life, if a drum of a particular genre is called ‘Thavvil’ in tamil, if harmonium was invented somewhere else in the world, is Sumi sleeping peacefully, and Simon doesn’t understand a word in English-then tell who is the killer? The ad film ends by asking customers to give a missed call to their number 08130606060- to win the cash prize.

The brand is trying to engage customers in a most interesting and never-done-before way. The campaign allows customers to solve a bizarre murder mystery. The company is using various platforms to reach out to customers like social media, radio, internet and electronic media.  With a brand like mentos which is known for launching high-decibel ad campaigns audience can only wait for what next?

Catching people and bringing them close to the brand is not that simple, but mentos had done it time and again and wooed customers. The recent campaign has done a real good activation for the brand and when the audience expects more surprises from the brand in near future it is natural for them to expect another round of surprise from the brand as the contest comes to its culmination. 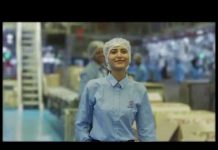 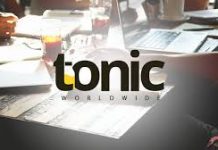 Passionate In Marketing - July 2, 2020
0
If something in ZEE Biskope's "alma" is etched, it is the 24-hour pledge of the Bhojpuri film channel to offer its viewers...