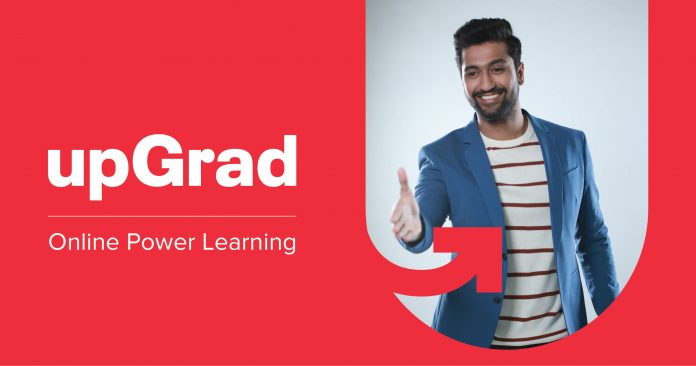 upGrad, an education technology start-up, has secured an additional $25 million in new investment, bringing its total funding to $185 million, supported by Temasek, the International Finance Corporation (IFC), and IIFL. The funding round gives the ed-tech company a post-money valuation of $1.2 billion, making it the year’s 21st unicorn start-up.

With a $120-million investment from Temasek, the six-year-old firm established by Ronnie Screwvala, Mayank Kumar, and Phalgun Kompalli unveiled its first external fundraising tranche in April. As part of the same round, it received an additional $40 million from IFC. The company is also allegedly aiming to raise up to $400 million in a fresh financing round at a $4 billion value.

According to upGrad, the founding group controls more than 70% of the firm. Although the business did not say how it intended to utilize the funds, it is believed that the majority of it would be used to support M&A (mergers and acquisitions) activities. The company has set aside $250 million for M&A deals and recently purchased global ed-tech startup KnowledgeHut in order to build a presence in the short-term upskilling and reskilling market.

Mayank Kumar, the company’s co-founder, said in an interview with FE in May that M&A will be a major development strategy. UpGrad, a higher education company that works with a number of global and local universities to offer courses in specialized fields such as MBA, BBA, data science, and machine learning, claims to have served over 1 million total enrolled learners in more than 50 countries.

With the acquisition of The Gate Academy, the business has also entered the test prep market (upGrad Jeet). Byju’s, an ed-tech company, has announced the acquisition of Great Learning for $600 million in cash, shares, and earnouts as part of its expansion into the professional upskilling and higher education market. Byju’s has been on a buying frenzy, spending more than $2 billion on acquisitions so far this year.