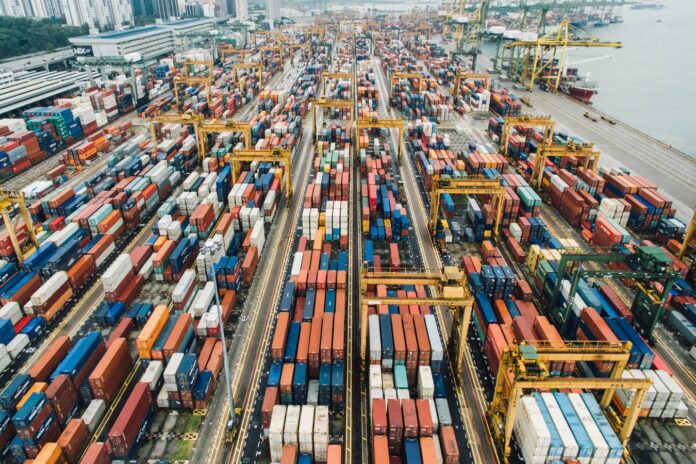 According to a study conducted by India Ratings in 2021-22, India’s merchandise exports may very well have reached a record high in terms of value during that period; nevertheless, volume growth occurred at a more modest rate. There was a volumetric decrease in the number of goods exported in the following four categories: plastic and rubber articles; gems and jewellery; optical, medical, and surgical tools. However, outbound shipments from these categories indicated a significant increase in the high double-digit volume.

According to a study conducted by India Ratings, “Analysis of merchandise exports data shows that value growth was more pronounced than volume growth in FY22.” “The export growth in the four items described above was driven solely by higher value/prices, not volume/quantity,” the report states. In volume terms, stones and jewellery exports decreased by 30 per cent in 2021-22, even though those exports increased by 50 per cent. In a similar vein, the value of exports of plastic and rubber goods increased by 35.2%, while volume exports decreased by 18.6%. When comparing the previous year to the current one, the value of outbound shipments of optical, medical, and surgical tools increased by 21.6 per cent while volume decreased by 8.8 per cent. In terms of value, the ‘Others’ category reported an increase of 36.5 per cent in 2021-22, although the volume of exports declined by 25.1 per cent.

According to the report, the present export growth momentum is unlikely to continue because of global headwinds caused by the conflict between Russia and Ukraine, disruptions in global supply chains, and rising interest rates across nations. “Pent-up demand as a result of COVID-19 related closures, countercyclical monetary/fiscal stimulus in developed nations, execution of interim trade pacts with select countries, and rebate schemes all contributed to India’s merchandise exports reaching a record USD421 billion in FY22,” According to the research, “although, it is unlikely that the global environment will continue to be helpful in light of the recent history.”

It went on to say that the policy support and proactive measures such as the signing of new free trade agreements and expanding the Refund of Duties and Taxes on Exported Products scheme to other sectors such as pharmaceuticals, steel, and organic/inorganic chemicals might be able to lend a helping hand to the ongoing growth momentum of merchandise exports.