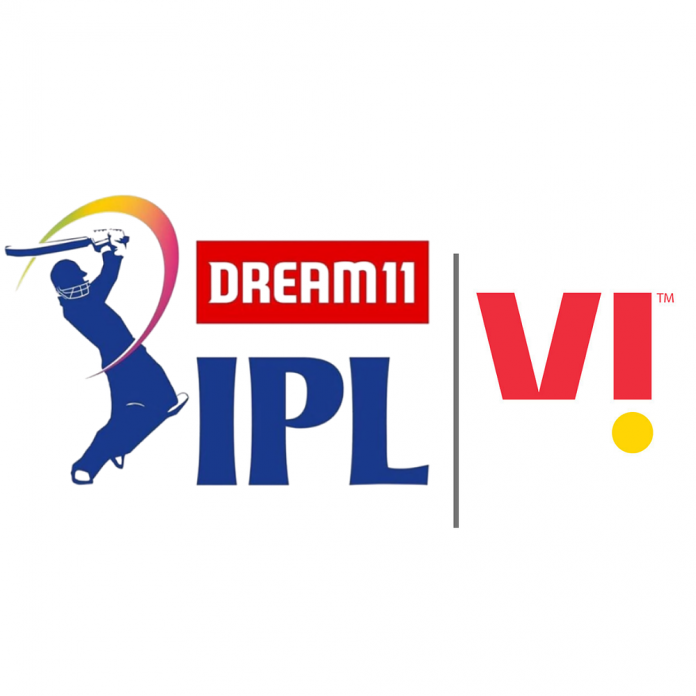 Telecom Company Vodafone Idea has now become the joint sponsor of the upcoming Dream11 IPL 2020, scheduled to start on September 19, said the company on Saturday. Vodafone and Idea have been affiliated with the IPL cricket tournament in the past but this is Vodafone Idea’s first-ever sponsorship deal since its launch in August 2018.

In a statement, Vodafone Idea (VIL) said the firm, which now operates under the brand name ‘Vi,’ has acquired the co-sponsorship rights of the live broadcast of T-20 Premier League to be held in Abu Dhabi, the UAE, and televised on the Star Sports network.

Kavita Nair, Vodafone Idea, Chief Digital Transformation and Brand Officer, said, “We have had a very long association with IPL as a company. I am excited that we are now bringing this tradition forward with the launch of Vi. Our collaboration with Dream11 IPL 2020 will support Vi with instant communication with millions of viewers.’

Star Sports chief executive Gautam Thakar said, “In the past, Vodafone and Idea have both joined up with Cricket on Star Sports. We are glad to have them on board again with their current brand identity as Vi and as the co-presenting sponsor on Star Sports for the broadcasting of Dream11 IPL. We believe the Star Sports network’s massive reach will make them improve Vi’s new brand identity and proposition to huge audiences all over India.

Vodafone and Idea Ltd launched a new brand image on Monday, as the struggling Telco aimed to reinvent itself following the ruling of the apex court on past statutory dues.

VIL, which as of June had about 280 million subscribers, said Vodafone and Idea brands are now going to be branded ‘Vi.’

A brand with eyes fixed on the future, it’s designed for as well as around clients … Two brands’ integration is a culmination of the world’s largest telecom merger, “said VIL in a statement communicating its current unified customer brand identity and positioning through a digital launch.

Ann Paul - May 8, 2021
0
Vanish, the garment care brand from Reckitt has partnered with the British Fashion Council to release “Generation Rewear” an Amazon docuseries to...